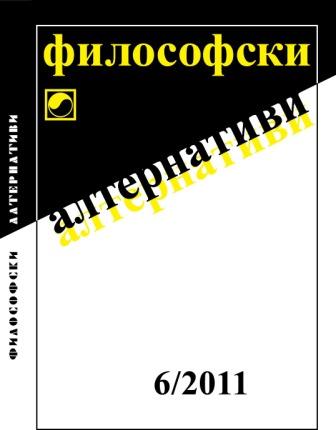 Summary/Abstract: The hermeneutic parabola on the one hand is an action, having its own time dimension, appearing at the same time as an a “skeleton“ round which are piled up (in layers) later other layers of meaning (“flesh of meaning“) besides the combination of chronology and retrospection in succession (a two-step one if we can call it like that). On the other hand, if in its face there is no response, if it could not be discussed, if it could not serve as a kind of response to the incredibly complicated task, which is set to us concretely by the historical situation, then it would not have a particular meaning in spite of its being probably interesting for a new (or relatively new – at least I do not know any similar one so far) method in hermeneutics. Anyway, it should not be pointed as one of the possible responses, but it should be only accepted to be studied as a possible response.