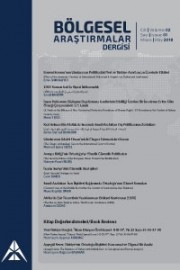 Summary/Abstract: The principles of liberty and equality, which were spread by the French Revolution, caused that new limitations were enacted in slave trade. The decrease in the need for slaves, which had emerged with the Industrial Revolution, was one of the reasons for this. The Ottoman State, as well as Iran, spent significant amount of efforts in banning the slave trade along with the European States during the 19th Century. Although there were important outcomes of these efforts of states which were spent independently from each other, the slave trade in Africa continued along the 19thCentury. For this reason, an international conference was held in Brussels with the leadership of Britain to prevent slave trade in Africa completely. The parties of this conference signed a set of rules that had the aim of banning slave trade on July 2,1890.