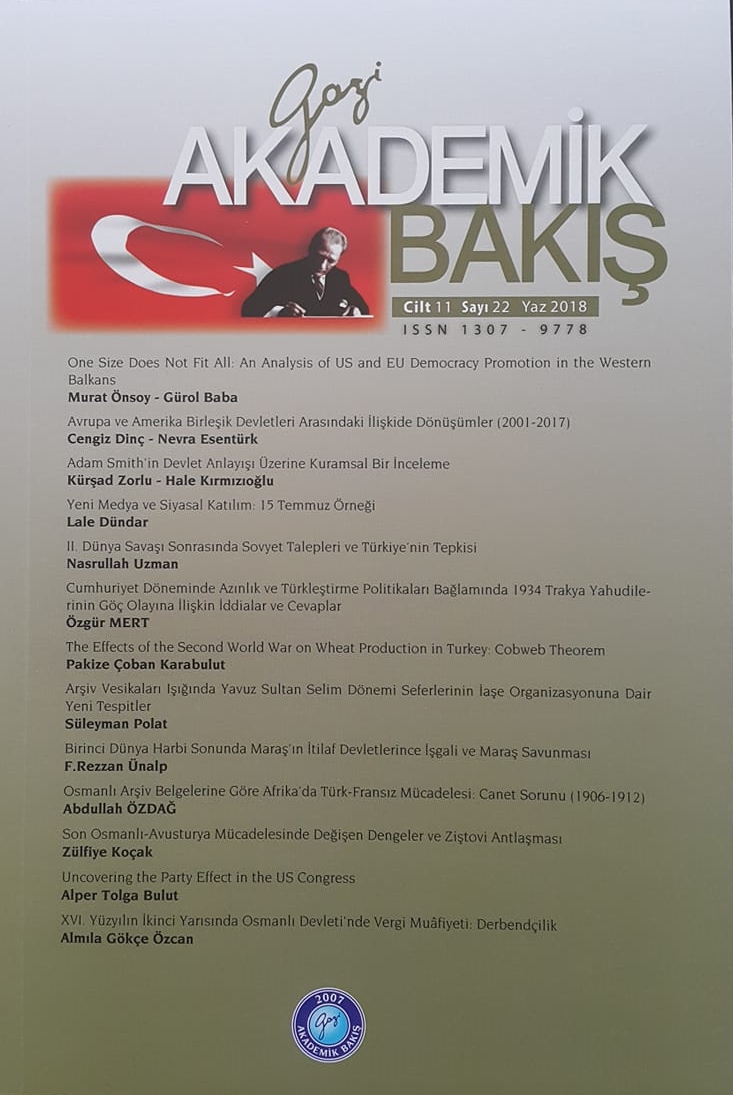 Summary/Abstract: In the nineteenth century, when a new world order began to be established by the industrial revolution, the Western States colonized many regions of the world. Colonial activities came the gate of black continent Africa, and many parts of the continent was partitioned by western states under the leadership of Britain and France. The conflict between the British and French territories in the Turkish administration was one of the most important factors determining the relations of the states with the Ottoman administration. The activities of the British in Sudan and Egypt, and the French in Algeria, Tunisia and Central Africa, not only in terms of Ottoman history, but also in the history of African and even colonialism, constituted a major break point. In this context, the Canet Problem, which has been taken up in this study, shows Turkish-French competition in the Sahara as a result of the expansionist policies of the French.The Canet is on the scene of history in the early 20th century because of its geopolitical importance in spite of not a big settlement due to the fact that France’s penetration to the Sahara with the aim of linking North Africa and Central African colonies, and turning trade routes into Algerian lands for their own benefit.The importance of the issue increased sinceboth states claimed Canet as their own territory of influence and applied hard power. However, the fact that these states have tended to resolve their concerns through diplomatic channels has given a different perspective to this problem. In the meantime, Sahara’s indispensable actor Tevariks also played a decisive role in Turkish-French relations. The Canet Problem, which emerged prominently from 1906, was closed for favour of the French in 1912, when the Ottomans abandoned the African continent.