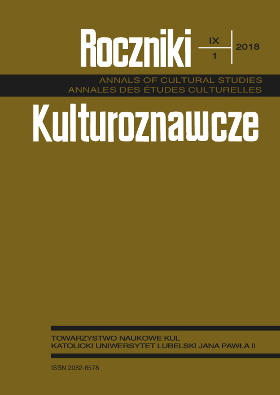 Summary/Abstract: The aim of the text is to uncover and describe personalist elements of Gilbert Keith Chesterton’s nationalism and distributism. First part of the text is concerned with clarifying basic notions, so—with explaining the meaning of the terms “personalism” and “Thomist personalism,” and presenting the most basic intellectual framework of Thomist personalist philosophy, which is done by the means of analyzing the thought of Thomist personalist par excellence—Jacques Maritain. The second part of the text concentrates on the analysis of Chesterton’s ideas, proving—consequently—that he was a social thinker, that his notion of nationalism corresponds in a striking manner to Maritain’s concept of social life, and his distributist views—to Maritain’s concept of the common good. The text ends with several general remarks that aim at establishing certain possible advantages this analysis might produce.