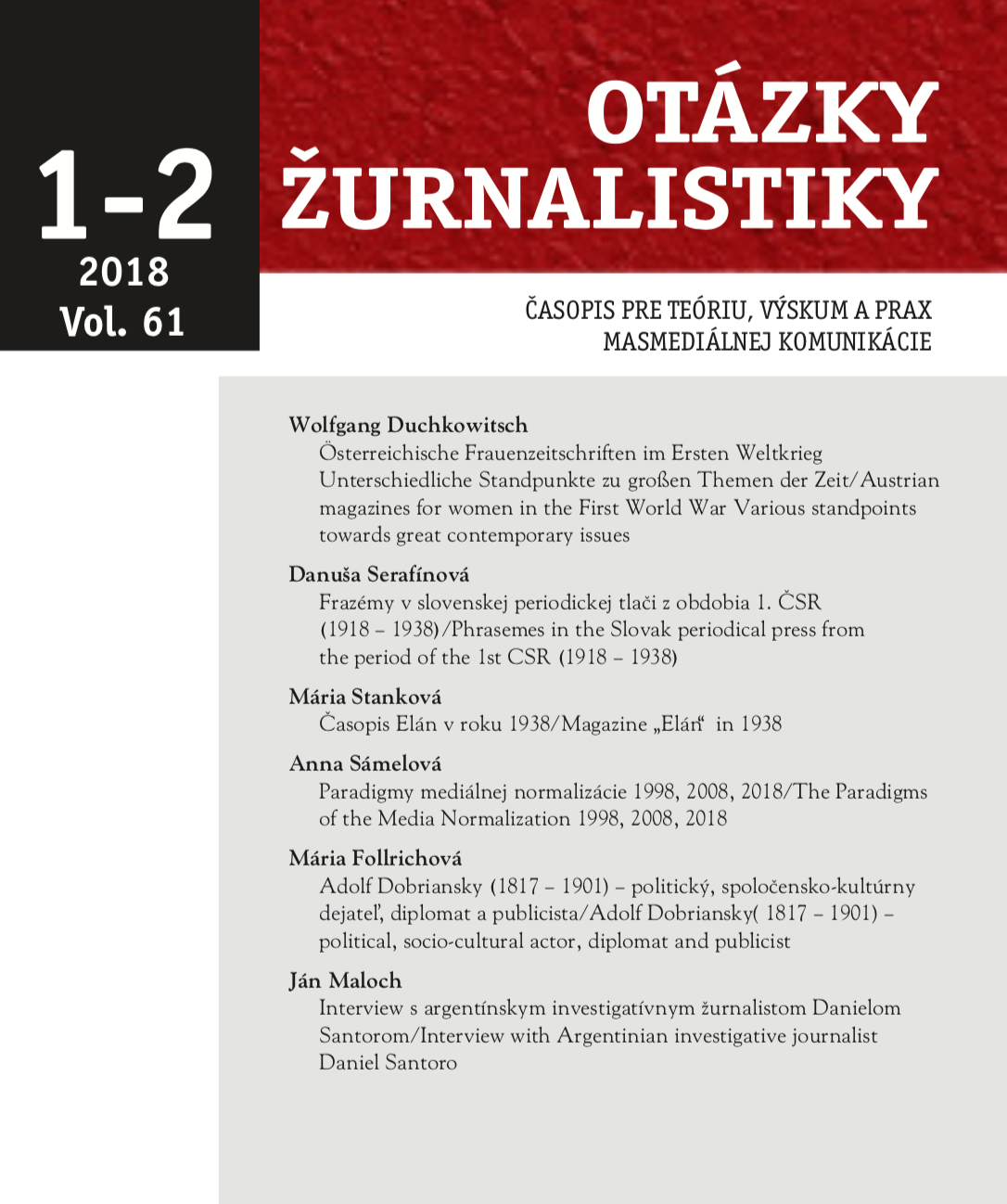 Summary/Abstract: The foundation of the study consists of a lecture given by the author on the 13th March 2018 to the students of journalism at the Faculty of Arts of Comenius University on the grounds of the Austrian Culture Forum in Bratislava. On the occasion of the 100th anniversary of the end of the First World War, Duchkowitsch addressed women in his study, those “soldiers on the home grounds”, as well as topics that were offered to them during war years by women magazines, such as Österreichische Frauenwelt, Zeitschrift für Frauen-Stimmrecht, Arbeiterinnen-Zeitung, Neues Frauenleben, Frauenzeitung des Morgen, Wiener Modenwelt, Damenwelt and the women's reactions to topics such as purity and godliness, war against the war or the Get rid of Paris issue, more precisely Parisian fashion. The theoretical scope of this study was set by the works of Christa Hämmerle, Alexandra Millner, Lydia Jammernegg, Helga Hofmann-Weinberger, Emil Löbl etc.