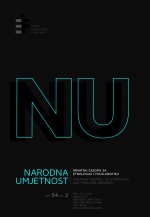 Radnička klasa u postjugoslavenskoj zbilji i reprezentacija radnika u hrvatskoj književnosti: u procjepu između heterotopije krize i devijacije
THE WORKING CLASS IN THE POST-YUGOSLAV REALITY AND THE REPRESENTATION OF WORKERS IN THE CROATIAN LITERATURE: ON THE BORDERLINE BETWEEN THE HETEROTOPIA OF CRISIS AND OF DEVIATION

Summary/Abstract: In the historical circumstances of the post-Yugoslav era, class solidarity was regarded as the dominant ideological characteristic of the abandoned self-management socialism. Therefore, transition-related discursive practices which excluded the notion of the worker were common on all levels. This ranged from the Croatian 1990s newspeak which introduced the more neoliberal term djelatnik “employe” into the lexicon, to disempowering the worker within the newly-introduced value system dominated by entrepreneurs as the epitome and the driving force of the new society. In this way, workers were first transformed from self-managers and producers into ideological Others, and then into actual “former workers”, relocated from being the vital segment of the creative present and representing utopian projections of progress into a retired past. Given all this, it is significant to note that the worker is once again being used in book titles and as a literary character in contemporary literature – in 2014, the return of the worker is notable in Goran Ferčec’s play Radnice u gladovanju (Female Workers on Hunger Strike, 2014), and in Viktor Ivančić’s prose stories Radnici i seljaci (Workers and Peasants, 2014). Literary representations of workers in these texts are contextualized within a framework of a new utopian desire and in revolt against the monstrously inverted logic of corporate capitalism which transforms humanity into a serious deviation. Special attention is given to the representation of the space of rebellion taking into consideration the notion of heterotopia: a nursing home, a prison or a hospital are counter-places where the transition-related reality played its cruel game with the “former” worker and the destroyed potentials that it created in his/her projections of the future.