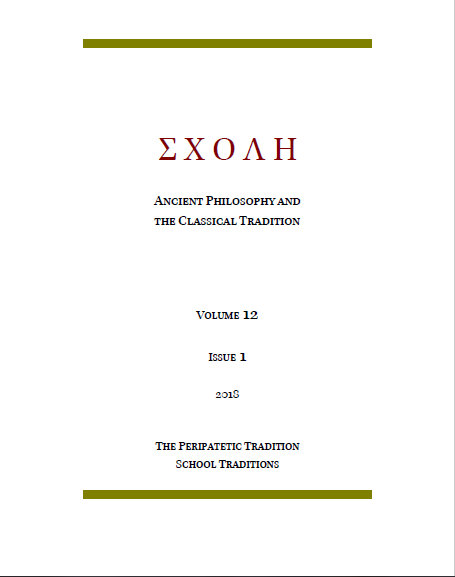 Summary/Abstract: The Peripatetic treatise Peri pneumatos has recently received a great deal of scholarly attention. Some authors, predominantly A. Bos and R. Ferwerda (2008), try to prove that the treatise is a genuine work of Aristotle and all the theories advanced in the text can be ultimately explained by references to this or that Aristotelian doctrine. Quite on the contrary, P. Gregoric, O. Lewis and M. Kuhar (2015) are firmly convinced that the treatise contains some physiological ideas introduced after Aristotle and are inclined to support the traditional dating of the treatise to the time after Praxagoras of Cos (ci. 300 BCE). Largely in agreement with the latter proposition, in the present study I tentatively place this earliest and unique witness of the discussions on the source of growth and nourishment of the so-called connate pneuma in the context of the Peripatetic tradition of the Early Hellenistic period. The treatise is translated into the Russian for the first time.