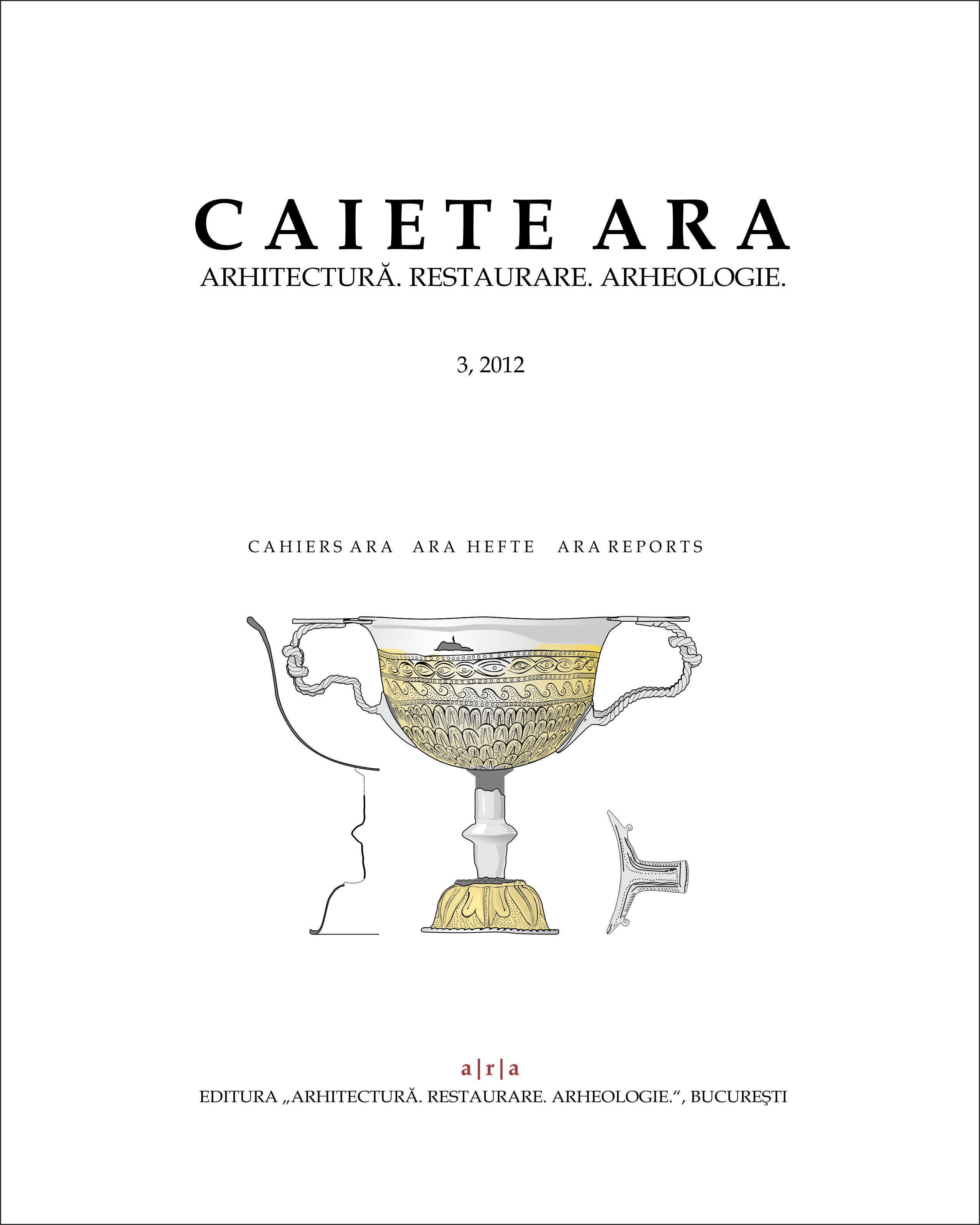 Summary/Abstract: Founded by the first Basarab princes, the “Saint Nicholas” Princely Church of Curtea de Argeș is a valuable part of Wallachia’s history due to its exceptional documentary and artistic value. The church is of a Byzantine art influence with its elegant and sober appearance, the cross-in-square plan, as well as its iconography and stylish frescos. This paper is focusing on the scene painted on the walls of the narthex, scene that represents the Consecration of Saint Nicholas as a bishop. The frescos of several monuments of Byzantine art found in the Balkans or Greece are, in part, similar with the scene from Curtea de Argeș; however, their compositions might differ from case to case. The innovative character of the Curtea de Argeș’ fresco consists of presenting the personages attending the consecration of the saint. While, according to the Herminy, this consecration should be attended by three bishops, at Curtea de Argeș the three characters present at the consecration of the saint are two psaltai and a cantor. We suggest that the portraits of the two psaltai are executed after real life personages, i.e. the first Metropolitan of Ungro-Wallachia, Iachint of Vicina (1359-1372) and the Metropolitan Antim, which was consecrated in 1370. They are singing hymns of glory to Saint Nicholas, the patron saint of the Princely Church of Curtea de Argeș. Thus, he painting of the narthex can be dated around 1370-1372, with the consecration scene holding an outstanding documentary value.