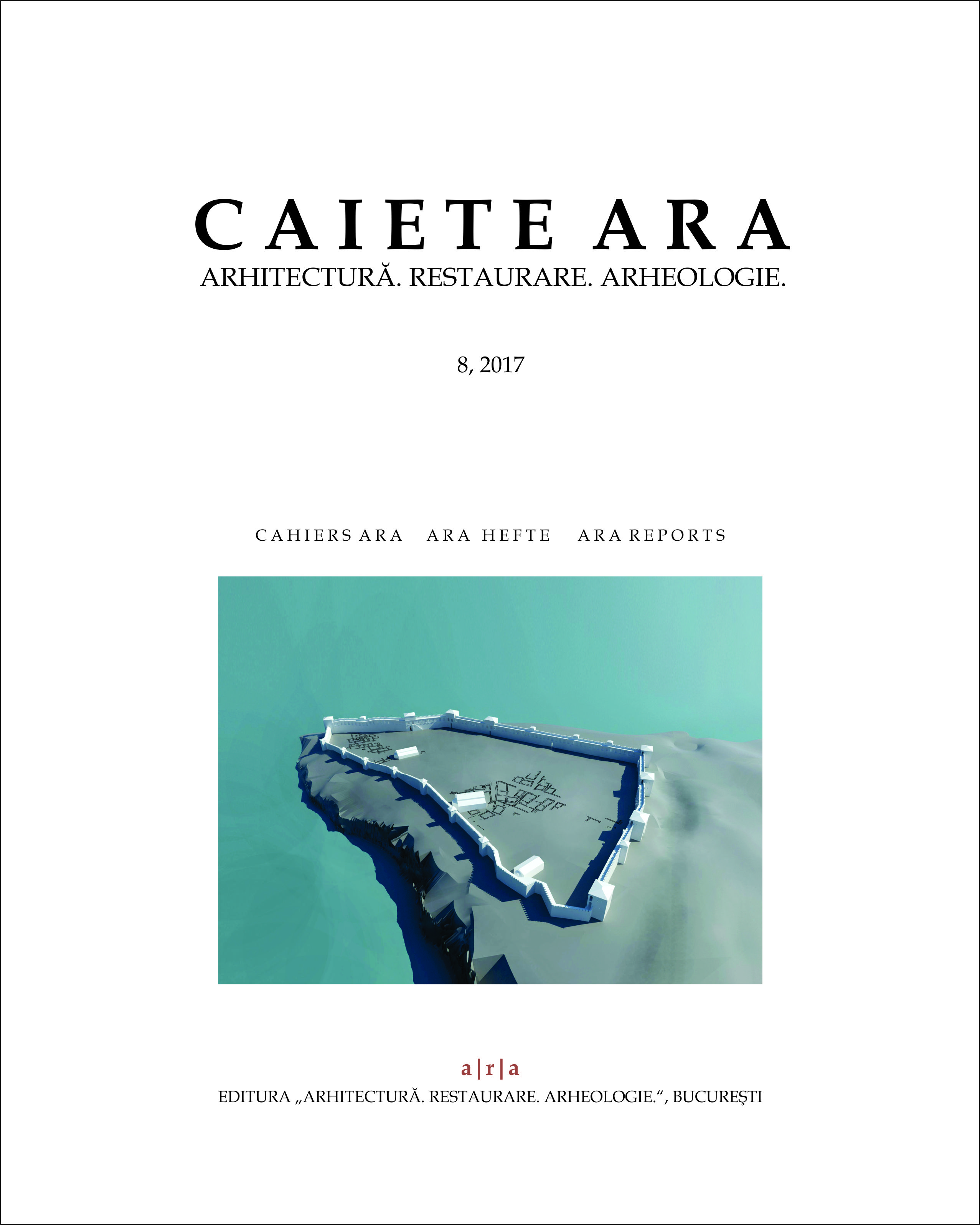 Summary/Abstract: The church of the Argeş Monastery, founded by voivode Neagoe Basarab (1512-1521) in 1517, was enclosed since its beginning by precinct walls and surrounded by buildings belonging to the monastery. In the first half of the 16th century, on the eastern side of the monastic complex one could find the chapel and the princely house – foundations of voivode Neagoe Basarab, and beside them the princely house and chapel with two towers – erected by voivode Radu of Afumaţi (1522-1529). These buildings are mentioned in archive documents, writings of foreign travelers, drawings and engravings.The restoration of the Episcopal Church in Curtea de Argeş (The Court upon Argeş), between the years 1875 and 1885, made possible the discovery of a fragmentary plate tile from the 16th century, on which an equestrian soldier is portrayed in a battle scene, with a church with two spires. The composition is probably a representation of voivode Radu of Afumaţi and his foundation within the enclosure of the monastery. This ceramic piece synthesises, through its iconography, the political programme of the voivode, namely protecting the Orthodox Church in a period of intense military confrontation with the Ottoman army. The voivode is similarly portrayed as a warrior for the Christian faith on his tombstone in the Argeş Monastery.