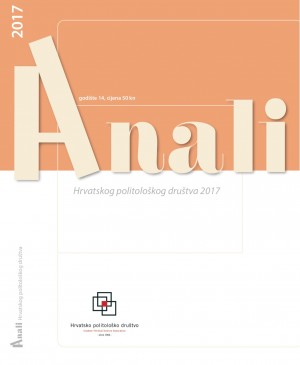 Summary/Abstract: Unlike the great majority of analyses that have taken the historiographic perspective, this study of socialist Yugoslavia's foreign policy, focusing on the Josip Broz Tito era, is the first of its kind to provide a perspective of political science. The first section of this article provides an overview of the main elements of foreign policy analysis, whereby the author focuses on the relationship between the actors and the structures as one of its inherent elements. The second section offers insight into the theoretical and methodological tenets on which the analysis of socialist Yugoslavia's foreign policy resides. The author argues that the foreign-policy decision- making process in Yugoslavia evolved between 1945 and 1980 as Tito, the chief decision-maker, increasingly had to take into account the structure and the multiple actors within that structure. Evidently, the decision-making processes were becoming more and more pluralized both horizontally, in the interaction between the Federal Secretariat for Foreign Affairs, party leadership and Tito's cabinet, and vertically – as seen from the influence the republics and provinces hadon federal decision-making. Though he remained the chief decision-maker, with time Tito's power became limited by other actors' influence, in particular after the Presidency of Yugoslavia was given extensive authority in the 1970s.