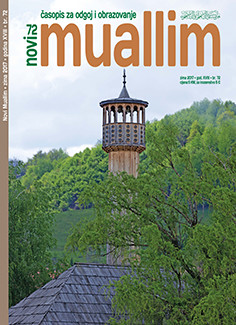 Summary/Abstract: Shuruq Naguib defended her PhD thesis in the field of Islamic studies at the Middle Eastern Studies department, the Manchester University. Her research covers two main fields: classical and pre-modern intellectual and textual tradition with emphasis upon hermeneutics of the Qur’an, rituals (ibadat) and Muslims response to the modernity focusing upon the manner in which contemporary and the 20th century female Muslim scholars see the written tradition and how they grew as religious and social authorities in the field of Islamic tradition. In the last few years professor Naguib incited the interest for Islam in the Great Britain and contributed as a co-author in the study, titled “Muslim Women Reading Religious Texts in Britain and Egypt” (2010-2011). As a co-president of the British Association for the Islamic Studies (BRAIS), she was actively involved in support of the study of the Islamic Studies. In this interview we addressed the issues that lay in the focus of her research interest: classical exegeses of the text of the Qur’an (inter-textual and hermeneutical); representation of women in the Qur’an; ritual ethics in Islam; perception of gender in the Islamic thought; contemporary female interpreters of the Qur’an; (dis)continuity regarding the traditional and contemporary Islamic thought; Bintuš-Šati’: the first Sunni female exegetist and hermeneutist.