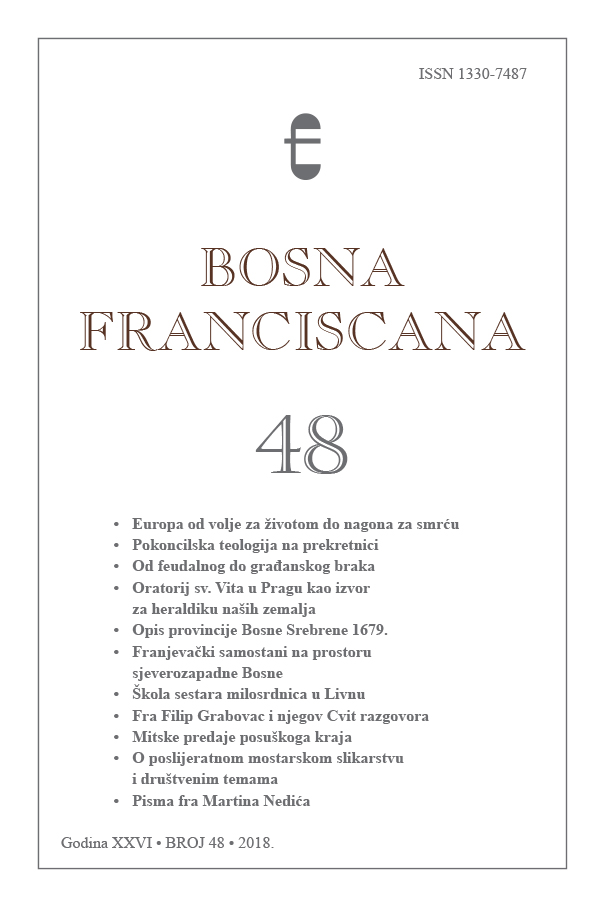 KRALJEVSKI ORATORIJ KATEDRALE SV. VITA U PRAGU KAO IZVOR ZA HERALDIKU NAŠIH ZEMALJA I PITANJE IZVORNOSTI
THE ROYAL ORATORY OF THE CATHEDRAL OF ST. VITUS IN PRAGUE AS A SOURCE FOR THE HERALDRY OF OUR COUNTRIES AND THE ISSUE OF ORIGINALITY

Summary/Abstract: A sequence of coats of arms on the fence of the oratory of the Prague cathedral is interpreted in the paper on the basis of the rule that royal coat of arms is the illustration of royal title. The origin of the coats of arms of our countries (Dalmatia, Croatia and Bosnia) and their use in the critical period of the oratory origination is analyzed, and the need for existence of a Croatian proto–arms from which a checky coat of arms was developed is pointed out. The author believes that this Croatian proto–arms is situated between the coats of arms of Dalmatia and Bosnia and that the change of colors transformed it into the coat of arms of Upper Lusatia. As the oratorium is currently the only source pointing to the existence of the Croatian proto–arms, the history of the oratory itself has been investigated. The numerous changes and transformations happened during its existence and they are chronologically presented and analyzed. As a final result, the previously established standpoints on the originality of the all coats of arms on the fence of the oratory were disputed. According to the style, it is very likely to claim that the current state corresponds to the original, but the author’s thesis that the earliest appearance of the Croatian proto–arms is located at the oratory remains unproven until it is confirmed by some other source.