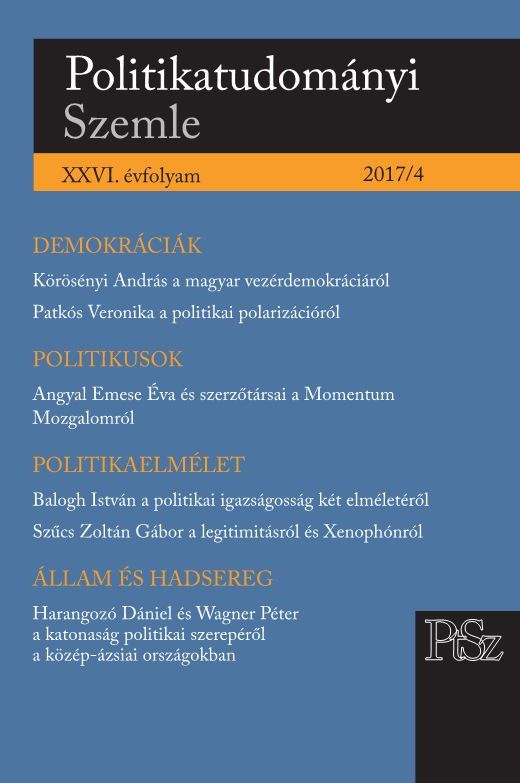 Summary/Abstract: The paper investigates the connection between voter group polarization and economic performance in European democracies. According to a common hypothesis in the literature, the polarisation of voter groups increases insecurity, harms accountability, and reduces government effi ciency. By and large, due to these effects, the economic performance of the more polarised countries is also supposed to be weaker than that of the less polarised ones. However, there has so far been little empirical study of this connection, especially in the context of European countries. The paper investigates the data of 30 European countries between 2002 and 2013. Controlling for several variables, the study found – in line with the hypothesis – a signifi cant and widespread inverse relationship between party polarisation and economic performance. It can thus be concluded that strong party polarisation among groups of voters is not only an important issue for the study of voter behaviour but can also be linked to poorer economic performance.