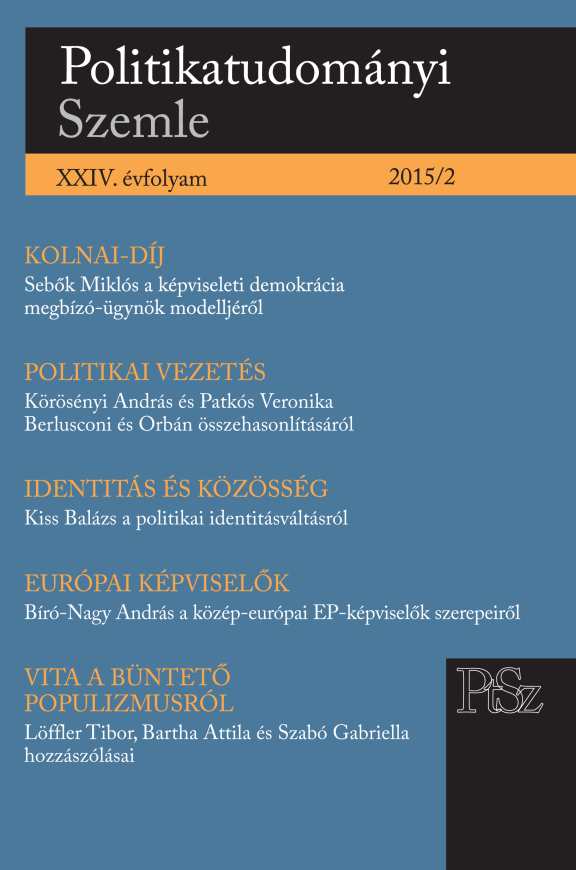 Summary/Abstract: The paper compares the political leadership of Silvio Berlusconi and Viktor Orbán. Besides giving a descriptive comparison of the Italian and Hungarian political leaders, the paper focuses on three questions: (1) the nature of their populism; (2) the quality of the changes induced by their policy; and (3) the type of their leadership. The paper concludes that both leaders introduced a new era in politics, but Orbán has been more effective in transforming policy means and priorities and also in adjusting the institutional settings (polity). Unlike Berlusconi, he has become a founder of a new regime; a democracy with authoritarian elements. While Berlusconi can be characterized as a trans-active leader, Orbán has turned out to be a transformational leader. Both of them are populist leaders in terms of substance, as well as process and linkage, but the ideological nature of their populism is rather different. While Berlusconi represents liberal populism, Orbán represents an illiberal one.