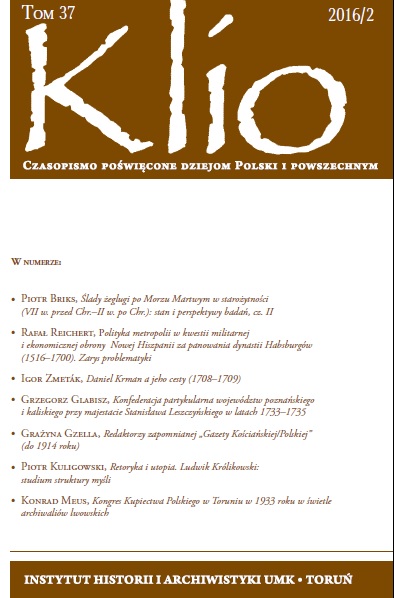 Summary/Abstract: Daniel Krman is known in Slovakia as one of the main representatives of the Slovak Baroque literature. Nevertheless, it is less known that his Itineraria — Travel Diary is not only a precious literary work, but also a valuable historical source about the Great Northern War held in the first third of the 18th century. The Travel Diary dates back to the years 1708—1709, when the Hungarian protestant delegacy was on its way to the Swedish king Charles XII. Krman traveled through Poland, Belarus, Lithuania, Moldovia, and his notes are one of the few remaining authentic documents of the witnesses from the batdefields of the Great Northern War. At the same time, they rank as a unique ethnographic source from that period. Another importance of the work, until now neglected, is a Hungarian (Slovak) travelers’ view of the Swedish army in Central Europe, as well as his view of King Charles XII himself.