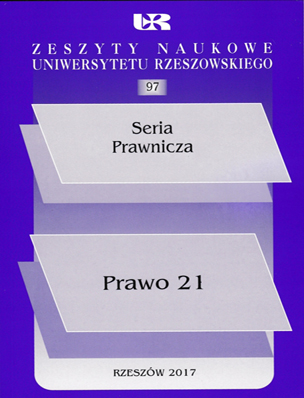 Summary/Abstract: The reviewed judgment refers to constitutionality of President Donald Trump’s Executive Order No. 13780, “Protecting the Nation from Foreign Terrorist Entry Into the United States”. The given legal act places temporary limits on travel to the U.S. from six predominantly Muslim coun-tries, while the screening and vetting procedures would be reviewed. Federal Court of Appeals for the Fourth Circuit ruled that Executive Order, although “in text speaks with vague words of na-tional security”, actually “in context drips with religious intolerance, animus, and discrimination”, thus violates the Establishment Clause of the First Amendment. The Court’s opinion is unconvinc-ing. Firstly, the Court wrongly applied U.S. Supreme Court case law on immigrant policy. Second-ly, the Court unduly considered statements made by Donald Trump during the presidential cam-paign to conclude that an unambiguous and religiously neutral Order was motivated by anti-islam animus. Thirdly, the Court misapplied the Establishment Clause jurisprudence to the given case. In the Author’s view, federal Court of Appeal instead of acting as a guardian of the Constitution, put itself in the position of a reviewer and censor of political activity.