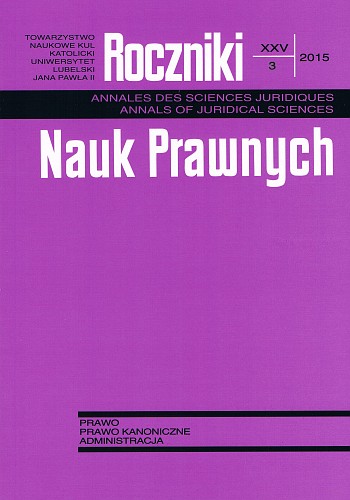 Summary/Abstract: The paper deals with the judgment of the Ontario Court of Justice of 12 June 2014 in the case R. v. Wagner 2015 ONCJ 66. The reviewed judgment refers to legal frameworks of anti-abortion protests in the Canadian legal order. The Court found pro-life activist Mary Wagner guilty of breach of probation orders – which prohibited her from being on the premises of any abortion provider in Ontario – and of mischief interfering with private property. She gained entry to abortion clinic in Toronto and sought to intercede with various clinic patients by offering them roses and pro-life brochures in an effort to have them reconsider their interest in having an abortion. The Court held that neither law of self-defence (exactly defence of others) nor the law of necessity could insulate Wagner’s conduct from criminal liability. The Court also rejected the contention that a foetus is a “human being” under the law. It said that ascribing personhood to a foetus in law is a fundamentally normative task which falls outside the concerns of scientific classification. This strong normativism position led the Court to the conclusion that Wagner’s protest in the clinic was not an attempt to protect the “everyone’s” right to life under s. 7 of the Canadian Charter Of Rights And Freedoms. Finally the Court assumed that neither Principle of the “Rule of Law” nor principle of the “Supremacy of God” – both expressed in the preamble to the Charter – convalidated the defendant’s acts. In the author’s view the reviewed judgment is consistent with the letter of the law in the sense of legal positivism. It is debatable whether the given judgment is righteousness, depending on which theory of justice is chosen to rely on. However the court’s opinion belies the requirements of equity. Imprisonment for peaceful pro-life protest is serious infringement of core values of liberal and democratic state.