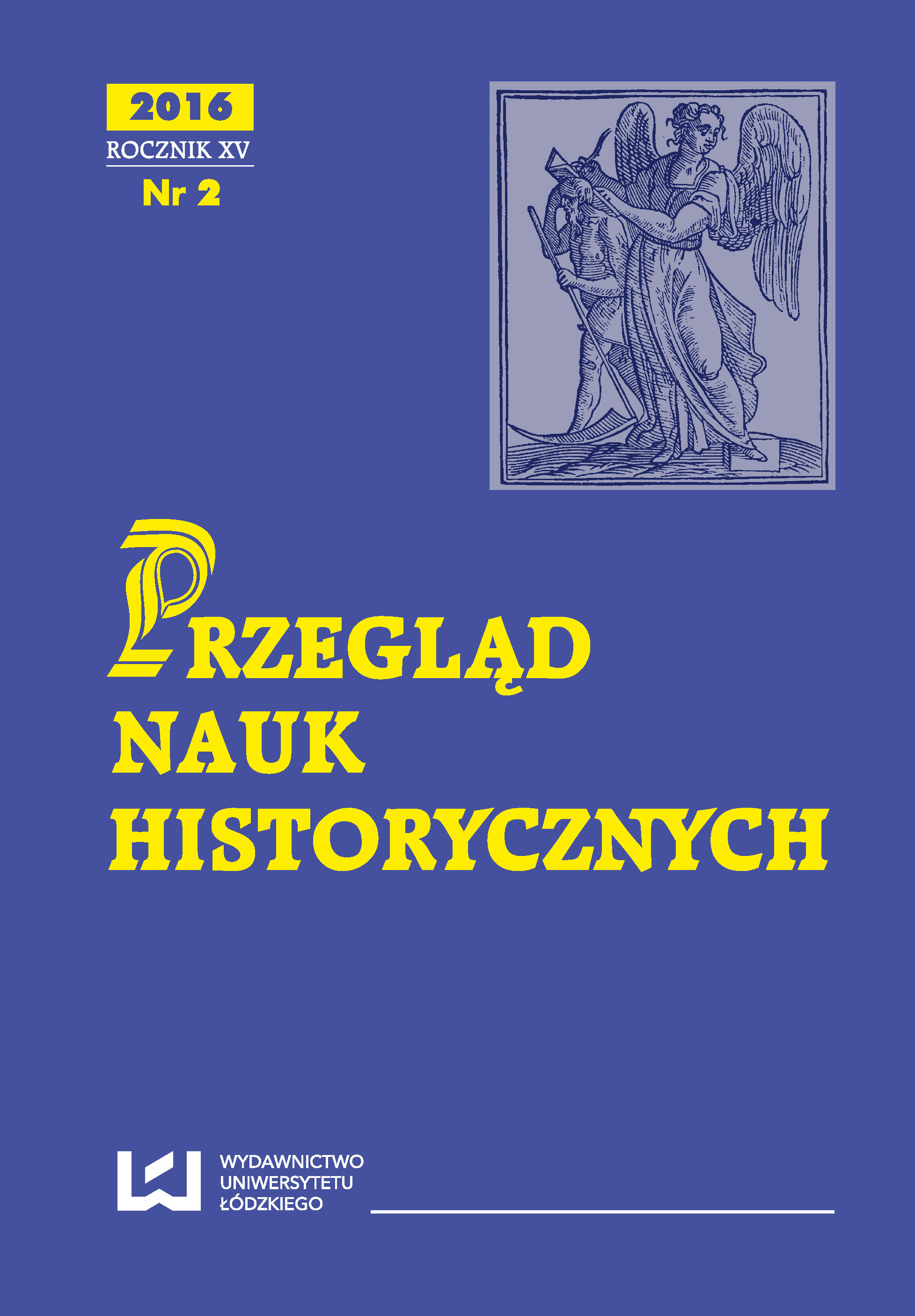 Przyczynek do dziejów i znaczenia obrazu Sąd Ostateczny Hansa Memlinga (ok. 1440–1494)
A contribution to the history and meaning of the painting. The last Judgment by Hans Memling (c. 1440–1494)

Summary/Abstract: Hans Memling was born in the region of the Middle Rhine. He worked in Cologne and Brussels before purchasing Bruges’ citizenship in 1465. His art, while deeply influenced by the paintings of Jan van Eyck and Roger van der Weyden, is characterized by calm seriousness, luminous colours, perfect composition and – what is the most important – deep knowledge of theological medieval doctrine of Last Judgment. Central wing: Christ appears in evangelical guise seated on rainbow, his feet resting on a glistening globe, surrounded by the apostles and intercessors Madonna and John the Baptist. The rainbow separates the two worlds and their different orders; the golden space of God’s Kingdom appears at the top, while the earth, represented as a wide plain enclosed in the distance by a chain of mountains, is shown at the background. This is the valley of Josephat, which, according to the apocryphal author – Honorius Augustoduenesis of Autun, Elucidarius sive dialogues de summa totius chrisianae theolgiae, PL 172, 1165C and James de Voragine, Legenda Aurea – will be the site of The Last Judgment. The time of day is fixed by the dark blue-green night (it is midnight) sky. All the figures are pictured on a cloud that continues right to the gates of paradise, and left to the hell. The angels (as tradition says) with the instruments of the Passion hover above this divine assembly; the four angels blowing their apocalyptic trumpets. The figure of St Michael stands on the earth directly below Christ, on the axis mundi. He is holding the scales in his left hand, he uses the crosier as a spear in his right hand to puncture the flesh of the condemned soul. The iconography of the altarpiece is clarified by its destination. St Michael has been selected here first and primary as the saint to whom the chapel was dedicated (Angelo di Jacopo Tani – the donor of altarpiece founded a chapel in Fiesole devoted to St Michael and drew up his will). On the right, St Peter leads the small crowd of righteous up a crystal staircase to the gates of paradise. The procession is headed by a pope, a cardinal and a bishop. On the chasuble of the bishop we can see the small, almost hidden and faint but really important picture of Annunciation. This „hidden” Annunciation, image of creation of Eve from the rib of Adam (tympanum in gate of paradise), and Madonna kneeling before Christ in central panel of Memling’s triptych – is a holy narrative about our history of Redemption and extraordinal role in it. The important problems which are analyzed in this article are the issue of influences on Memling’s work by other painters (Jan van Eyck, Hugo van der Goes, Roger van der Weyden, Dieric Bouts), the problem of nudity in his pictures, the iconography of Last Judgement, images of light, „Judge as a fulfillment of judiciary”, reflection and mirror, space and movement in the picture.