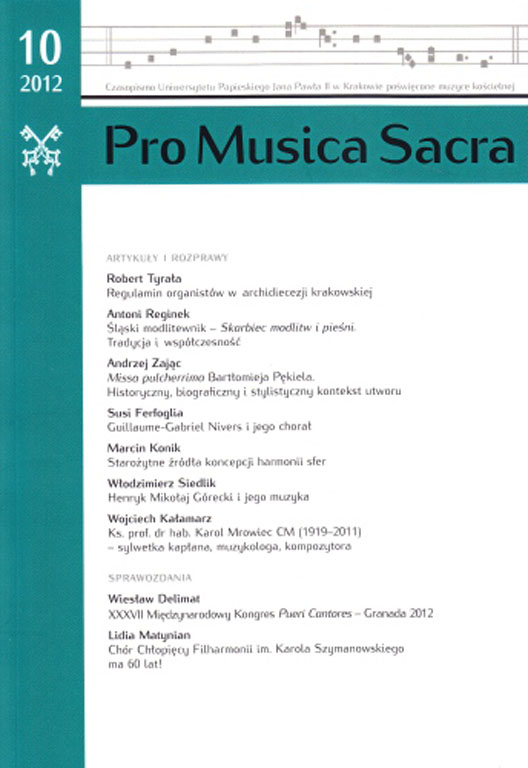 Summary/Abstract: The theory of “music of the spheres” (musica mundana) introduced by Boethius in his treaty De institutione musica is an original contribution in development of mediaeval theory of music. However, it’s roots trace back to the Greek antiquity. When considering the sources of medieval theory of musica mundana, one shall underline three most important sources: (1) mythology with its complex cosmogony (esp. by Homer and Hesiod), (2) early cosmology by pre-Socratic philosophers (incl. Anaximander, Heraclit), (3) Pythagorean school. Despite of the fact that idea of the music of the spheres – as presented by the Pythagoreans – was criticized by Aristotle in his De caelo, it became one of the most influential cosmological concept. One of the most striking results of this situation is the fact, that for many ages (during mediaeval era) music was regarded as a scientific discipline, despite its aesthetical dimension.