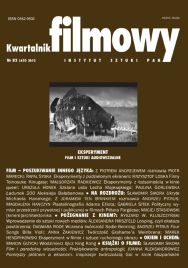 Summary/Abstract: Pitrus interviews Joram ten Brink – a film director and producer of experimental film documentaries and film essays – just after a private screening of "The Act of Killing" (2012), a film produced by him, and directed by Joshua Oppenheimer. The documentary tells the story of paid assassins who worked on behalf of the right wing regime of general Suharto. The film was considered sensational on many film festivals, including this year’s Berlin International Film Festival, where it obtained two major awards – the Prize of the Ecumenical Jury and the Panorama Audience Award. Werner Herzog, Errol Morris and Dušan Makavejev hailed the production to be a sensational masterpiece. The film is based on a very original strategy – the protagonists act out their own crimes using various film genres, from film noir, through western, to the musical. Joram ten Brink reveals among others various details related to the production of the film, he talks about the way it was received, and recalls his earlier productions.