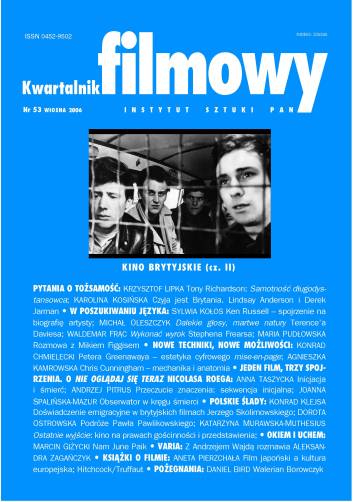 Summary/Abstract: Nicolas Roeg’s films are characterized by special formal sophistication, especially on the level of editing techniques. Andrzej Pitrus examines the opening sequence of one of the director’s most known and highly valued films. "Don’t Look Now" contains not only visually impressive solutions but also an excellent connection of editing concepts with the film’s semantic sphere. Although the final meaning of "Don’t Look Now" is only revealed when the film is over, we come to realize that as a matter of fact we have had this elusive “premonition of meaning” since the film’s initial sequence. Interestingly, Roeg managed to build the key relations by means of purely cinematic means – first of all by means of well thought-out editing heralding an encounter of the mystery that may be only partially discerned.