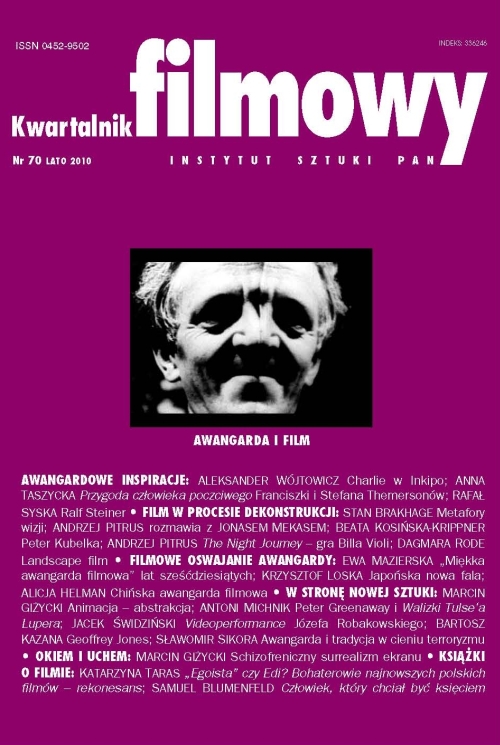 Summary/Abstract: An interview with Jonas Mekas – a prominent representative of American film avant-garde, a writer, poet, film maker, but also a co-founder of the “Film Culture” magazine and the creator of the Anthology Film Archives (an institution dedicated to popularizing, archiving and conservation of experimental films). The reason for the meeting of Mekas and Pitrus was the 50th Krakow Film Festival, which Mekas attended, and during which he received the prestigious award of Dragon of Dragons, a life-time achievement award given to exceptional makers of animated films and documentaries. Amongst other things Andrzej Pitrus asks about the director’s working methods, the specificity of avant-garde cinema and contemporary art.