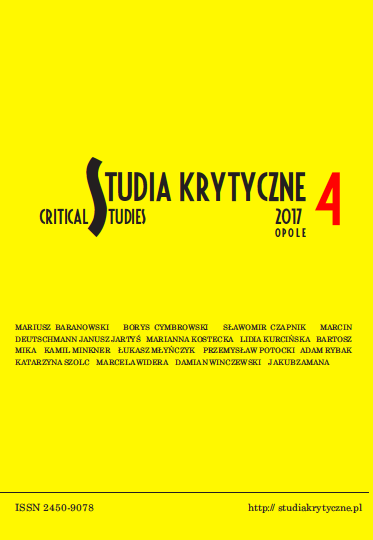 Summary/Abstract: The aim of this article is to present a critical analysis of selected remnants of Nazism in the Federal Republic of Germany (FRG). For years, the remains of the Nazi system have been tolerated and even protected by the German state apparatus in almost all areas of life. This raises the question of the effectiveness of the post-World War II denazification and mentality of a large part of German society. It should be noted that with certain residues The Federal Republic of Germany did not bid farewell to the Nazi system until the 21st century and thus has not been able to compensate all its victims to this day. The authors will also show the fact that it is very difficult to find so-called “impeccable CVs” in a post-totalitarian country, taking into account the number of former NSDAP members who have held high offices in Germany for years.