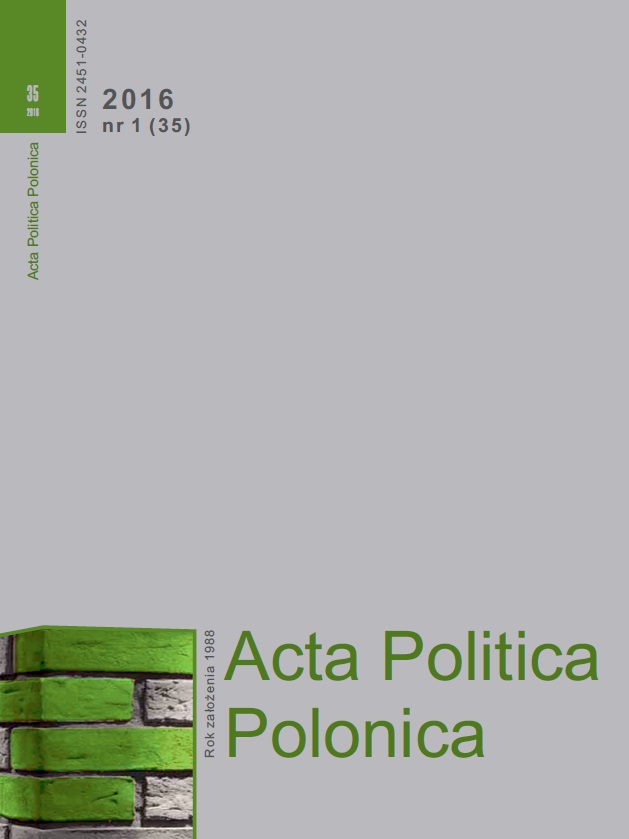 Summary/Abstract: Recent years have seen Poland’s Civic Platform attempting to significantly expand its electoral base. The party has accepted a number of politicians into its ranks who were formerly affiliated with the Christian National Union (ZChN), the Liberal Democratic Congress (KLD), and the Democratic Left Alliance (SLD). This political make-up has made it practically impossible for the party to come up with a unified stance on such moral and social issues as permissibility of abortion, legalisation of same-sex partnerships, and in-vitro fertilisation. The author has described the position of the Civic Platform on a several moralcultural issues, and presented the party’s programme, activities and statements announced by its politicians. An analysis also includes the evolution of the party’s attitude to moral and cultural issues when it was in power (2007–2015).