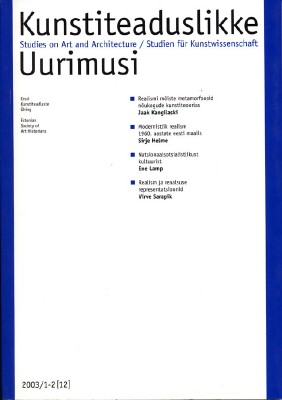 Summary/Abstract: This is a study of the elimination of the opposition of city and countryside in the situation of the transformation to industrial large-scale production in the collectivised agriculture of the Estonian SSR, from the 1960s to the 1980s. A totally new pattern of settlement was introduced, with almost 200 semi-urban central settlements built by economically successful kolkhozes and sovkhozes. The rest of the villages in Estonia were allowed to fade away. The article contemplates the development of the spatial and functional structure of central settlements and the lifestyle practised there. The most hybrid life-style was when inhabitants of apartment houses continued to keep animals. Always erected next to a central settlement was a cluster of family houses for the technocratic elite of kolkhozes and sovkhozes, showing how the communist urban utopia ended up as a petit-bourgeois garden-city.