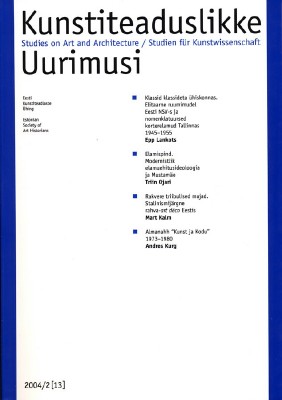 Summary/Abstract: In every Estonian town one can find single-family houses from the Soviet era, which on the whole were built according to a standardised design and are generally considered a drab expression of a bourgeois lifestyle. These houses, while certainly being an expression of everyday life, might actually be, in the words of Henri Lefebvre, an example of “the concept of everydayness which reveals the extraordinary in the ordinary”. Since opportunities for self-realisation were severely limited, the home as a private and personal sphere became the main avenue for self-expression. In the individual house, the private and the communicating public facade, and the everyday and the festive, became interwoven. Cultural variations and differences in lifestyle, including the hidden hierarchies in the new society which officially proclaimed equality, became beautifully apparent in the individual house.