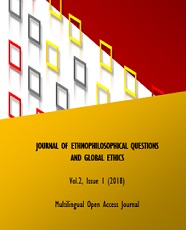 Summary/Abstract: The Chechens are a dominantly Muslim ethnic group in the Northeastern Caucasus, where they live in the Republic of Chechnya, Novolasskiy and Khasavyurt in Dagestan as well as Eastern Ingushetia. The Chechens had Christian communities in the past but when Imam Shamil founded his Imamate, many Christians went to Georgia, where they paradoxically converted to Islam years later (as it is often assumed that they did not leave for religious reasons, but due to massive droughts), so that Islam and Chechen-ness became connected and Islam an important part of identity. As such, it is interesting to analyze how specific Bible terms are translated in a Chechen Bible translation, or in other words, what does the Bible look like in a specific Non-Christian’s language. This paper only takes the Christian framework in general, the beginning of the Genesis (in Chechen: Doladalar) and the origin of the Chechen name for the Book of Leviticus (Chechen: Amaljar) into account, as analyzing larger parts – or even the whole Bible – would be a complex issue in itself.