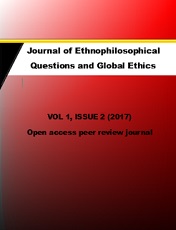 Summary/Abstract: Imereti (or Imeretia) is a province in Georgia in the South Caucasus. It lies in the center of the country and has an important knot with its center – Kutaissi. Imeretians traditionally speak their own dialect of Georgian, however, in a certain aspect, Imeretian serves the cause of a language. As such, it is an important part of the Imeretian heritage and identity. Imereti had its own kingdom which existed form the 13th till the 19th century and was sometimes part of Georgia, Russia and the Ottomans, and therefore had a lot of different influences shaping their identity. The author of this paper informally questioned people from Georgia about their views on the Imeretian language and its perspective and therefore all the accounts given here are first-hand accounts. Imeretian is quite understandable for people all over Georgia and has a rather dialectal character. As such, Georgians see Imereti dialect downgraded and for many it does not sound educated.