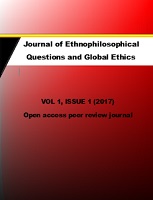 Summary/Abstract: The Lingao people are a small ethnic group that can be found mainly in Lingao County as well as in the suburbs of Haikou in the province of Hainan in the People’s Republic of China. Lingao County is situated in the very north of Hainan island, and thus it is no surprise, that it is assumed that the Lingao are originally from Fujian, as people in Lingao state themselves. According to Lingao inhabitants they speak a deformed variety of Hakka dialect that they see “as a bad way of speaking Chinese”, however, in 2013 I already proposed that Lingao is a Tai language that originated from Fujian. Furthermore, I would go as far now to say that the next related language is Zhuang, but it does not fit in the sound pattern of Zhuang as both languages went their own way and therefore I suggested the ‘Third Orthography’ in 2016 which was not based on Zhuang, as my first and second try to find an orthography for this unwritten language was based on Zhuang and rather led to confusion. Lingao language has three dialects: Bohou, Lincang, and Jialai.