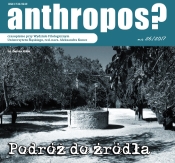 W poszukiwaniu "prawdziwego my". Nacjonalistyczny dramat zbawienia w sztuce województwa śląskiego (1922-1939)
In Search of the "True Self". Nationalist Salvation Drama in the Art of the Silesian Voivodship (1922-1939)

Summary/Abstract: At the turn of the 19th century German Upper Silesia became a battlefield for competing nationalisms that produced opposite narratives on the region's history and its true character. The German, backed by the state, was challenged by the Polish one and their rivalry continued on uneven terms till 1922 as part of the region was incorporated into the Second Polish Republic. Polish claims to Upper Silesia were legitimized by actions undertaken under the slogan of rediscovering Slavic and Polish roots. The official and sacral art was used to transmit these ideas to the regional community. The rule of the Piast dynasty was presented as a Golden Age, when Silesia flourished being part of the Polish kingdom. The monument to the king Bolesław I the Brave was planned in the center of the voivodship's capital Katowice. In the nationalist discourse the monarch embodied the power of the Polish state and its successful struggle against the German enemy. The Middle Ages were also a focus of the catholic-nationalist narrative but in the sacral art the accent was laid not on the warriors but on the Polish-Silesian saints. One of the most important threads of both secular and catholic nationalisms was the elevation of the people. It was the folk culture that - according to the nationalist propaganda - reflected the true spirit of the nation and the Upper Silesian wooden churches were referred to as the most convincing testimonies to the originally and homogenously Polish character of the region. Two of them were transferred from the rural areas to the main cities of the voivodship - Katowice and Chorzów.| The nationalist apotheosis of the common people - peasantry and workers - affected the official image of the Polish insurrections in the years 1919, 1920 and 1921. In the art their participants were stylized as folk heroes, deprived of any attributes of regular soldiers. With these relatively simple means the art of the Silesian Voivodship was to reflect the ongoing salvation drama of the community coming back to its sources, experiencing political and spiritual revival and purification of foreign influences.