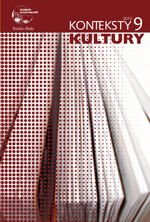 Summary/Abstract: The goal of the article is to show how activities of the communist censorship tried to block, and when this proved impossible, to diminish the social resonance of one of the most important historical works of documentary character – the book 1859 dni Warszawy by Władysław Bartoszewski (Kraków 1974, “Znak” publishing house). When this chronicle had been released, a number of positive reviews was restricted and some of them were not admitted to print. There were attacks on this book in communist party and military periodicals, however it found defenders among scholarly and moral authorities and was valued by the Polish emigration press.