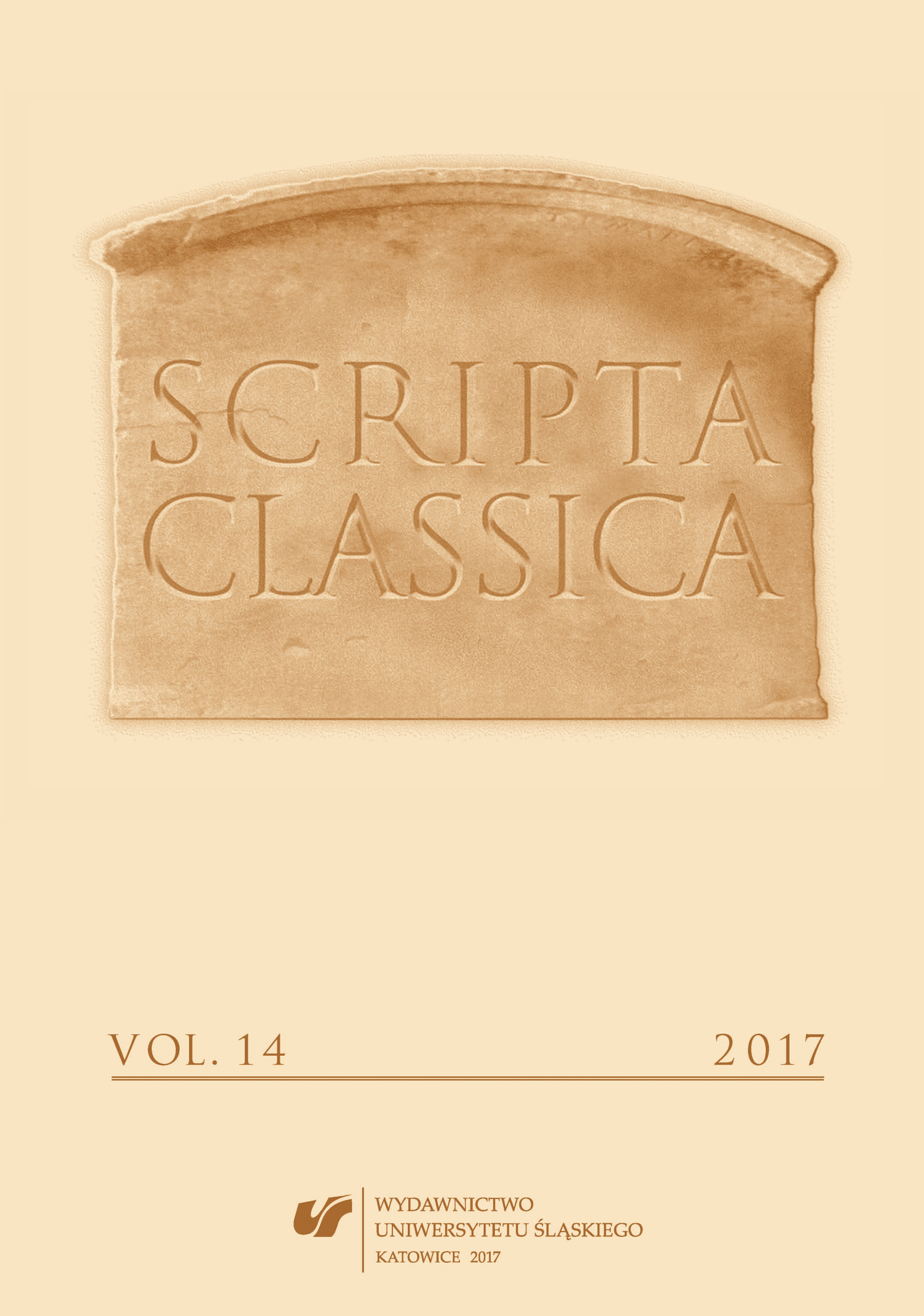 Summary/Abstract: In this paper I present the interpretation of the only surviving song by Reposianus: De concubitu Martis et Veneris, It is thought that he flourished in the period of Late Antiquity in Vandal Africa. In his poem Reposianus included the essence of the late-antique epyllion: it consists not only of an original interpretation of a well-known myth and a new moral lesson – one can also find in this song an important role for the narrator who poses judgement on all the protagonists’ actions; besides that there are, among other features: the Kreuzung der Gattungen and changes in the traditional elements of the myth, namely presentation of the psychological side of gods who are reduced to the level of the ordinary people. Intercourse between Mars and Venus became the most important part of the poem. Reposianus also strongly accentuated the power of love and desire, which leads people to make bad choices. Reposianus’ epyllion, definitely worth a detailed analysis, has never been translated into Polish nor interpreted in detail in any Polish publication. The translation of the poem is to be published soon.