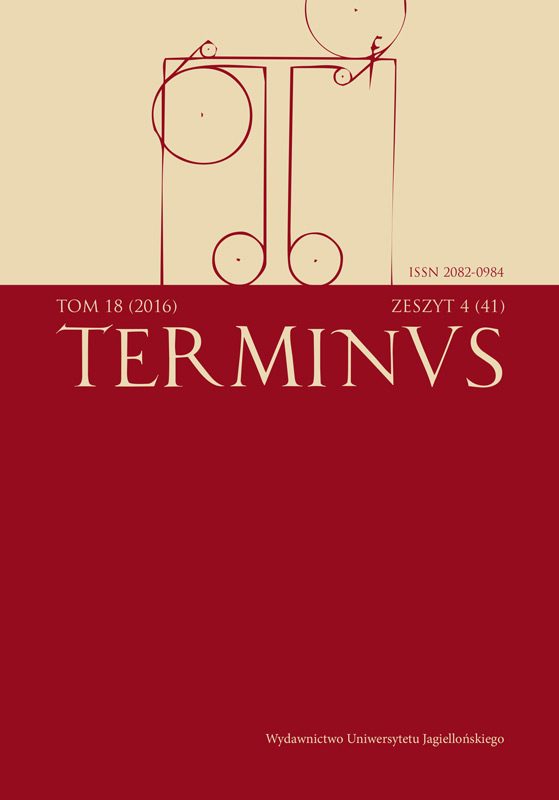 Summary/Abstract: In this paper, the author attempts to answer the question whether epyllion (miniature epic poem) was regarded a coherent genre in antiquity or if this attribution is an invention of modern scholars. Today, the term is commonly used by philologists and theoreticians of literature in various languages, but a scholar who does not know its provenience is unable to fully comprehend the character of this genre. As a genre, epyllion occurred in literary studies and in the vocabulary of literary criticism as late as in the 19th century in Germany, gradually spreading to other countries. During the Renaissance, it appeared sporadically and usually referred to contemporary texts. In antiquity, however, it was used only a few times: and while it appeared in a literary context, it never meant short epic poem. Today’s understanding of this term is then significantly different from that used by the ancients. Nonetheless, epyllion is commonly regarded an antique literary genre that emerged in the Hellenistic period as a reaction to and spinoff from the long heroic epic. The author demonstrates that classical texts are often interpreted by use of modern methods, which classify them differently from how it was done in the antiquity. In the first part of the paper, she presents the notion of epyllion as it was understood according to the antique theory of literature. Next, different accounts on using this term over the course of time are discussed: from the antiquity, through the late Byzantium and Renaissance, to the modern times. The analysis of research concerning this genre leads the author to the conclusion that epyllion did not emerge from the genologic theory of classical authors but rather from the modern concept of literature. This conclusion is also supported by the fact that certain poems written when the “antique” miniature epos drew the attention of German scholars resembled some of ancient Greek works, which in turn were soon referred to in similar terms. This coincidence can hardly be considered accidental.