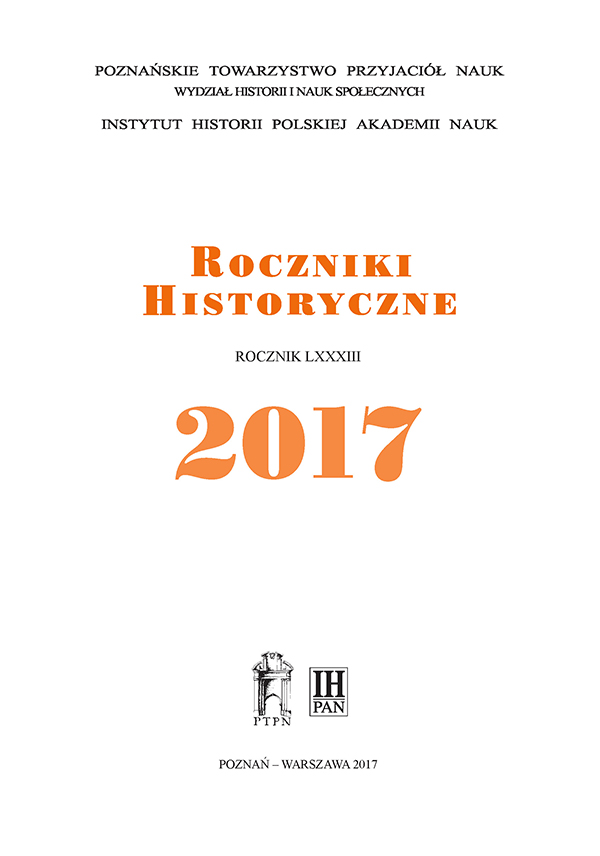 Summary/Abstract: “The coronation storm” is, for obvious reasons, not a new topic in historiography (especially Polish and Lithuanian). From the times of Antoni Prochaska, historians have been disputing the meaning of the dynastic crisis between Władysław Jagiełło and Vytautas during the years 1429-1430 and its international dimension (Polish-Lithuanian Union, Sigismund of Luxembourg’s politics, and the Hussite controversy). The available sources (Jan Długosz, political correspondence), which in themselves carry great amount of subjective interpretations, allow to establish the course of dramatic events at the level of factography and chronology, but it is not always possible to draw certain conclusions concerning their meaning. Moreover, researchers pay less attention to some sources and matters directly connected with the planned coronation of Vytautas and raising Lithuania to the rank of kingdom. The most important of these is the coronation document issued to Vytautas, instructions for the envoys of the Roman King, the members of the delegation and the planned course of the ceremony, which eventually did not take place. The coronation document, the critical edition of which is appended to this paper, exists in two versions (until now only the longer version has been known, a copy from the 15th century in the Czartoryski Library in Cracow). The merits of Vytautas for the christianisation of Eastern Europe and his independence (liber dux) of the Roman King or any other ruler, which are stressed in the document, served as arguments for raising the Duke of Lithuania to royal dignity and granting him the privilege to “augment” his own and Lithuanian coats-of-arms. The instructions for the legation of the Roman King contain a brief description of the coronation ceremony and a project of a political alliance. The identification of the royal envoys, spiritual and secular dignitaries from Germany, Hungary and Bohemia, testifies to the high rank of that alliance in the political plans of Sigismund of Luxembourg. All these, so far mostly ignored, sources and facts indicate that Sigismund of Luxembourg not only intended to make it difficult for Władysław Jagiełło to deal with the Hussite problem, but also hoped for a political alliance with Lithuania. The importance of that plan for Sigismund may be inferred from the fact that even after Vytautas’s death, he continued his (unsuccessful) attempts to realise it.