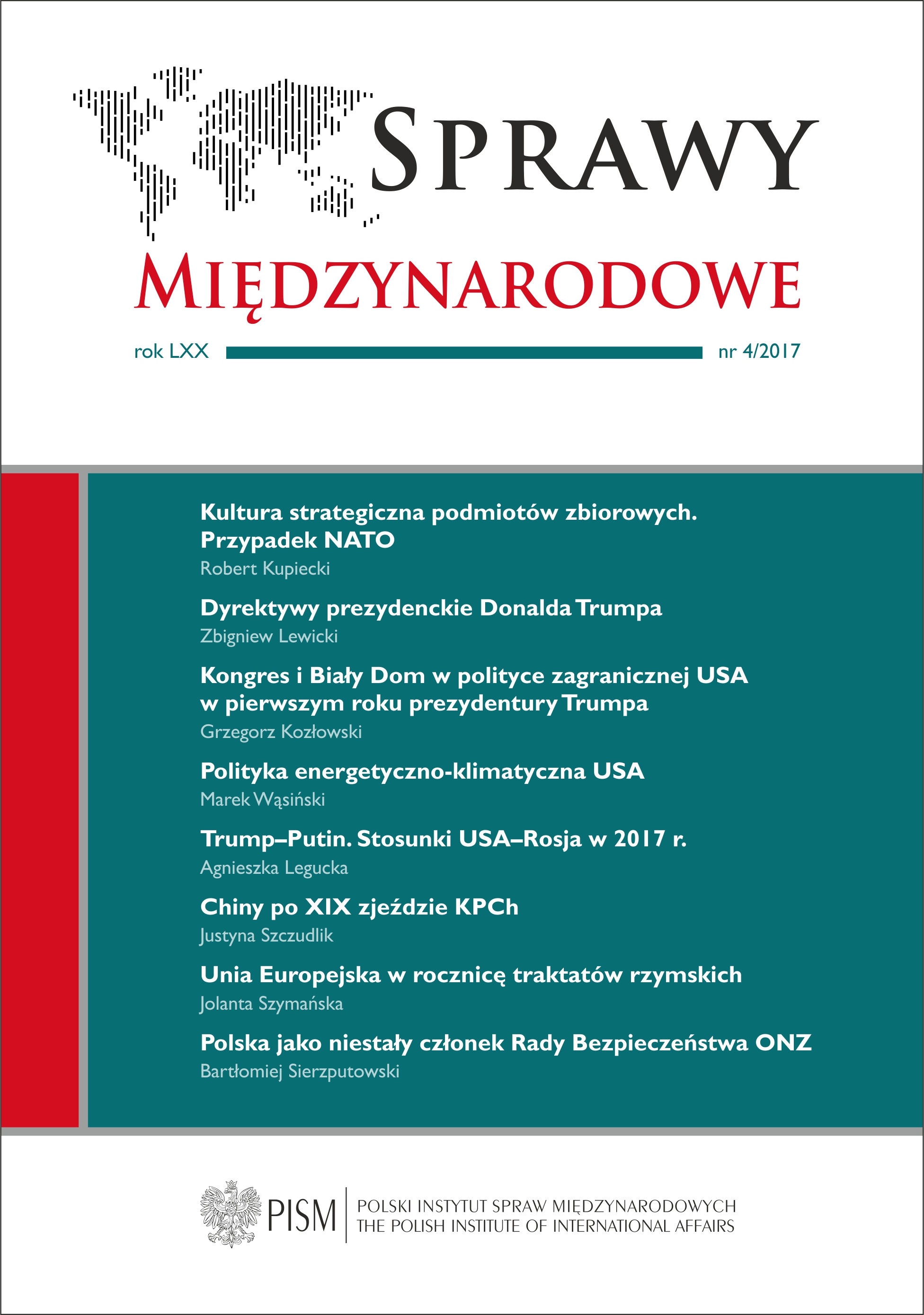 Summary/Abstract: When Donald Trump became president, many voiced concern that rather than working with Congress, he would use the power of presidential actions, as he himself seemed to indicate. Yet in the first eleven months of his presidency, Trump’s use of presidential directives remained quite restricted. He used them sparingly and within numerical limits set by his predecessors. Analyses presented in the article clearly confirm this, both in general terms and in Trump’s use of specific categories of presidential actions, from the most significant executive orders to relatively unimportant presidential sequestration orders. From this perspective, Donald Trump is simply another U. S. chief executive, working through Congress whenever possible and resorting to unilateral decisions only when absolutely necessary.