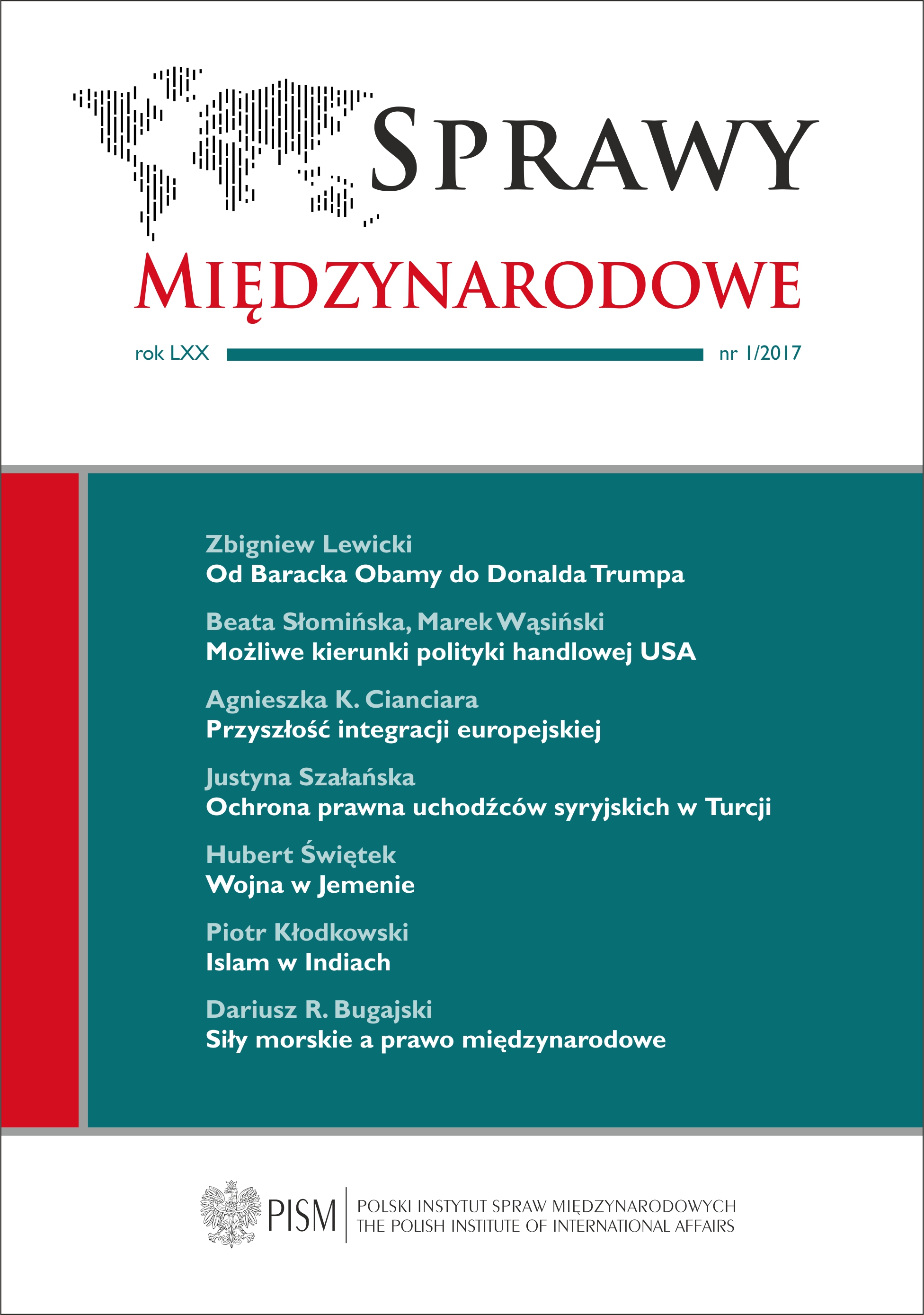 Summary/Abstract: The article deals with the presidential transition in the USA. It discusses main issues that constitute the legacy of Barack Obama and how they are likely to be (dis)continued by Donald Trump. Among problems presented in the text are Obamacare, immigration policy, U.S. policy vis-à-vis Russia, Mexico, and North Korea, as well as the Iranian nuclear deal and the Paris climate agreement. The overall argument is that we deal not so much with a fundamental revolution as with functional continuity.