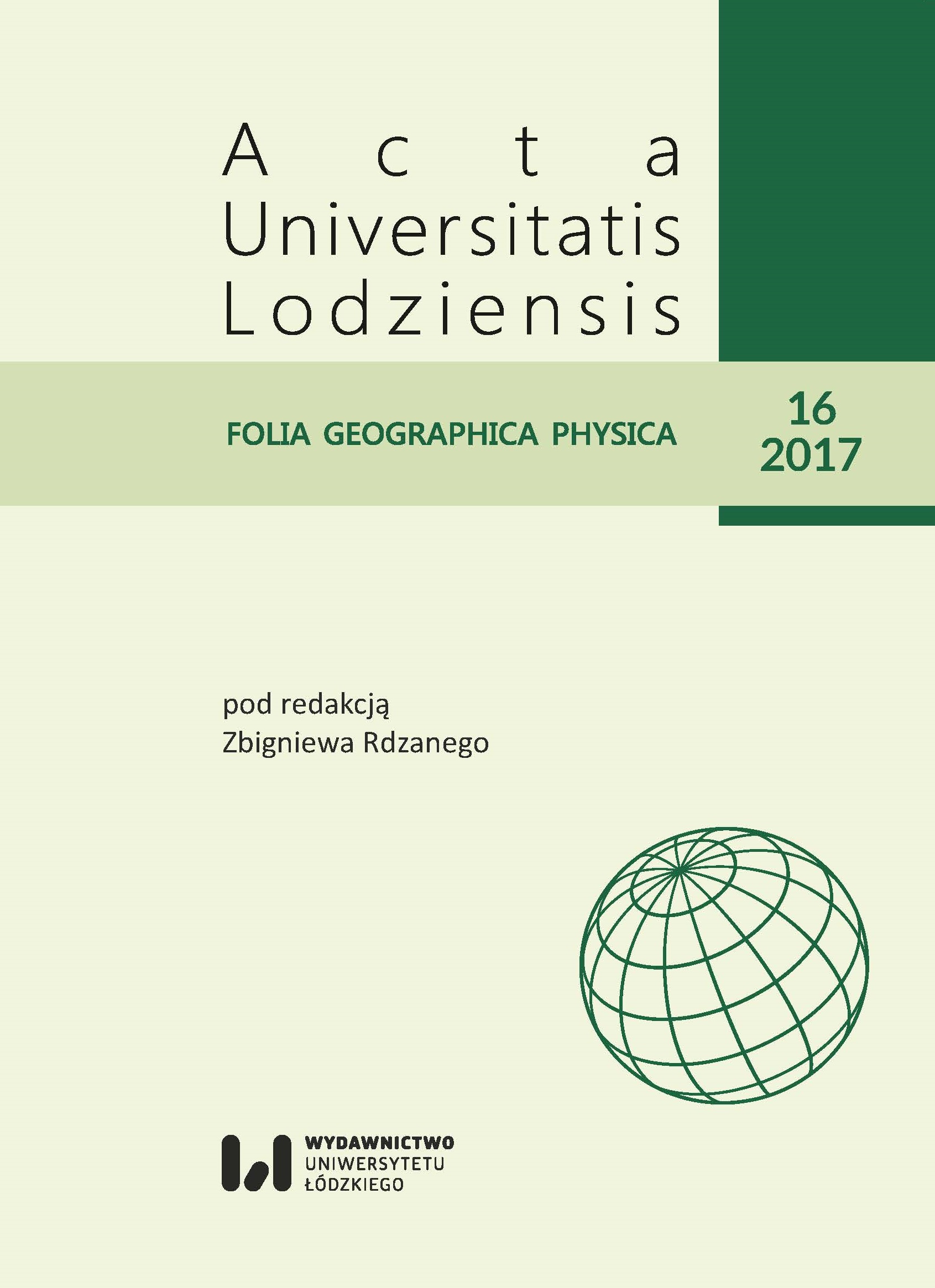 Summary/Abstract: Forest fires are common phenomenon in many countries, including Poland. Forest divisions are the institutions responsible for their monitoring and control. Their task is to detect, fight and counteract the fire forest effects. For a long time forest divisions have maintained the database of forest fires, since 2010 in digital version (Information System of the State Forests – SILP, Llas.2).The information gathered in SILP includes the classification, size and location of fires.The Information for the years 2010–2014 was obtained from the Forest Division Suchedniów (Świętokrzyskie province). Most fires were small, often limited to undergrowth and soil cover (less than 1 ha), two of them were classified as medium-size fires(over 1 ha). In post-fire areas a series of shallow geological borings was made. In most profiles no fire traces (layers of charcoal, individual coals etc.) where found. Such traces were preserved on flood plains, under the edges of terraces, where post-fire layer was covered by colluvial deposits. The study of forest soil pH indicate that fires which occurred many years ago did not leave any significant changes in the pH level, while in fire areas several years old pH level was lower.The results of contemporary post-fire sediments studys may be helpful in paleogeographical and geoarchaeological reconstructions(e.g. O’Connor, Evans 2005). In geological profiles it is common to find single charcoals, rarely layers. Their presence, changing the amount of sediment raises a number of controversies and problems with interpretation. In the Druć River valley (Belarus) the layer(0.2–0.35 cm) of post-fire charcoal (14C dating: younger than 200 years old) is covered with sandy colluvia (thickness 30 cm) with numerous of Neolithic and Iron Age artifacts. In this case the thickness of post-fire sediment many times exceeds sediments observed in Suchedniów Forest District, and suggests the occurrence of a very large forest fire (probably anthropogenic). After the fire, intensives oil erosion began in the burnt area, which in a short time covered fossilized charcoals layer by colluvium containing the artifacts.