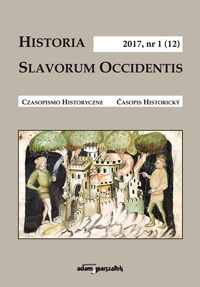 Summary/Abstract: Polish studies have a long tradition in the Czech Republic. The Congress of the Polish Studies, held in Prague in 2013, attempted to present the current state of research on Polish issues. Two monographs were published as the proceedings of the congress. This paper discusses the second one, i.e., "The Czech studies on Poland in the context of Central and Eastern Europe".