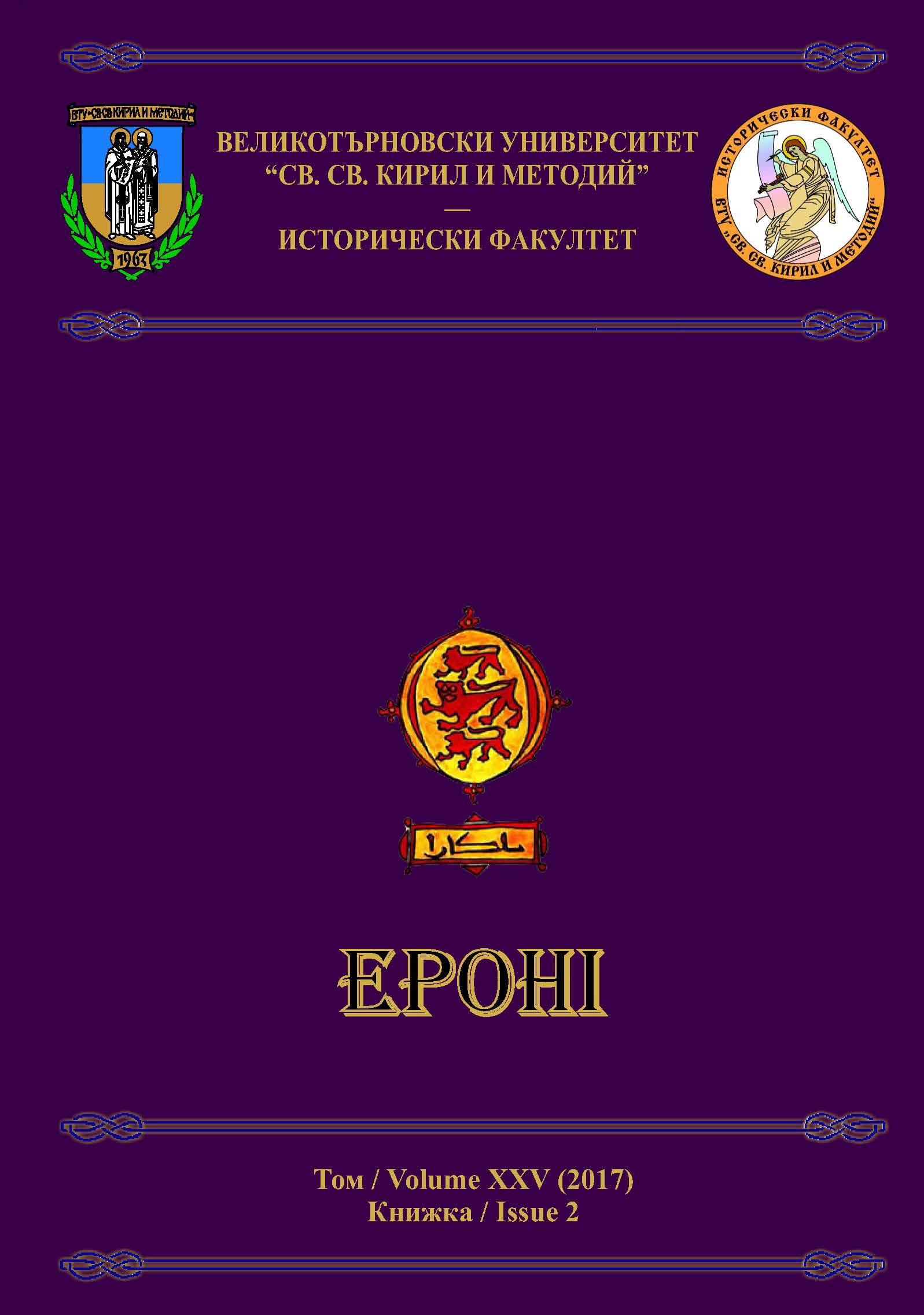 Summary/Abstract: The present study presents a little known Greek-language document from the second half of the XIX century – a commercial notebook from 1878. It was owned by the merchant Cyril Dimitrov Rusovich from Arbanassi, Veliko Tarnovo. It is kept in the State Archive – Veliko Tarnovo as archival unit under number 56 of Fund 963K – “Brothers Rusovich” Trade House - Arbanassi village. The notebook offers the opportunity to trace the business activities of Cyril Rusovic in 1878, his trading partners, as well as the object of his commercial activity. It also provides clear information on the revenues of the shop that was opened in the same year.