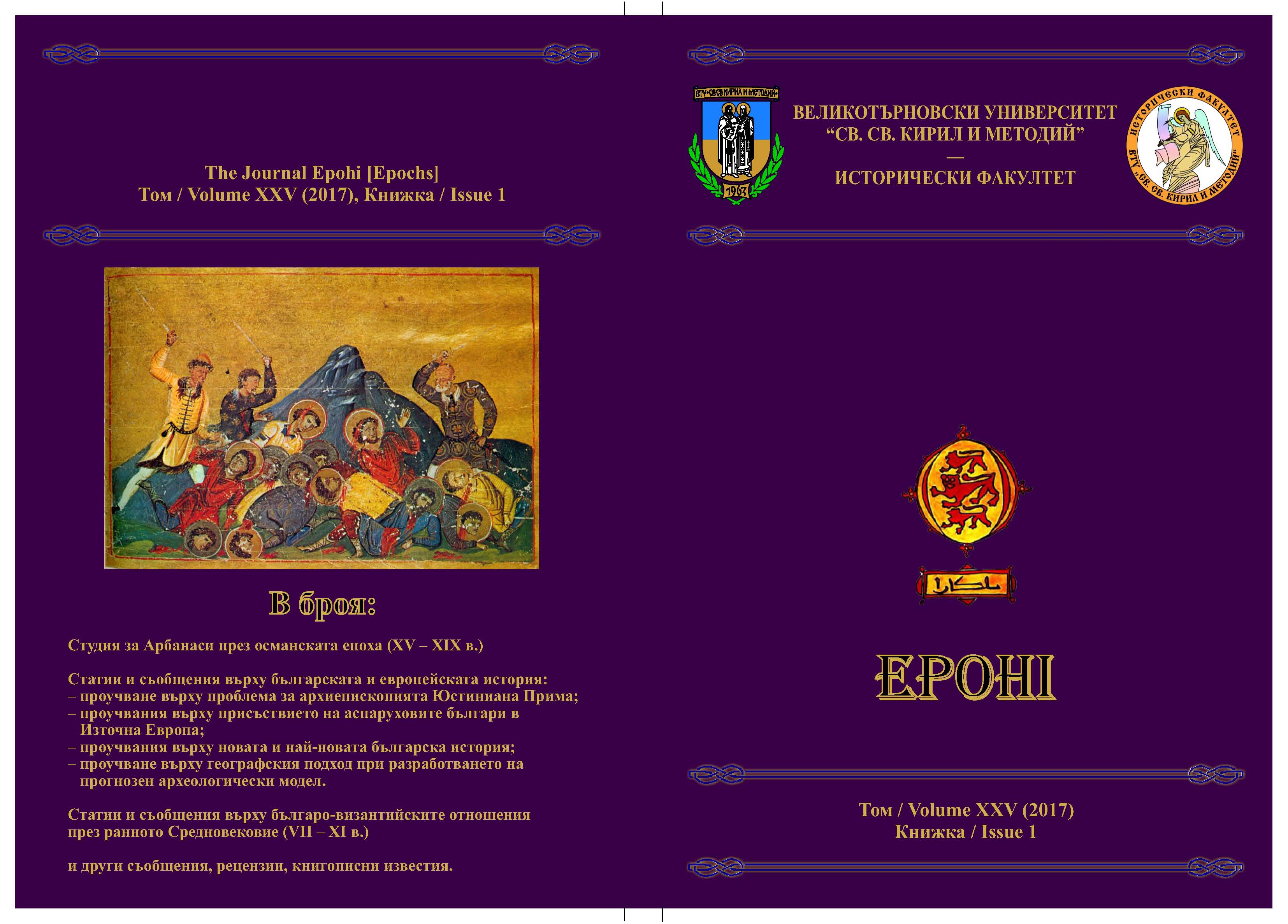 Summary/Abstract: This article presents information about the history of the village of Arbanasi situated in the close proximity of the town of Veliko Tarnovo. The theses of the researchers working on the problem of the origin of the village are stated in it. The analysis of the information presses the view that most likely Arbanasi was founded either in the second half of the 15th century or in the beginning of the 16th century. The publication gives demographic datum about the village and information about the participation of its inhabitants in the struggle for national liberation. The economic development of the village is examined in details as well as the development of the educational work in it. The text is based on a wide range of studies and the information known so far is complemented with new facts obtained from historical records in Greek from the private archives of Georgy Popsimeonov – one of the most educated inhabitants of Arbanasi in those days (“St. Cyril and St. Methodius” National Library – Bulgarian Historical Archive,fund 36) and from the private archives of one of the most outstanding Arbanasi resident families – the Rusovich (State Archives – Veliko Tarnovo, fund 963K). The deciphering and the translation of the historical documents have been done by the author of the publication.