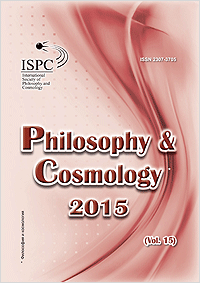 Summary/Abstract: The book The Theory of Evolution: from the Space Vacuum to Neural Ensembles and Moving Forward, an edition of 100 copies, was published in the Russian language, in December 2014 in Kiev. Its Russian version is here: http://en.bazaluk.com/journals.html. Introduction, Chapter 10 and Conclusion published in English for the first time.Since 2004 author has been researching in the field of theory of Evolution, Big History. The book was written on the base of analysis of more than 2000 primary sources of this research topic. The volume is 90,000 words (with Reference). The book is for a wide range of professionals, from students to professors and researchers working in the fields of philosophical anthropology, philosophy, Big History, cosmology, biology, neuroscience and etc. In the book, the author defines the evolution as a continuous and nonlinear complication of the structure of matter, the types of interaction and environments; analyzes existing in modern science and philosophy approaches to the research of the process of evolution, the degree of development of the factors and causes of evolution. Unifying interdisciplinary researchers of evolution in cosmology, biology, neuroscience and philosophy, the author presents his vision of the model of «Evolving Matter», which allows us to consider not only the laws of transition of space vacuum in neural ensembles but also to see our Universe as a complication, heterogeneous organization. Interdisciplinary amount of information on the theory of evolution is systematized and a new method of world perception is proposed in the book.