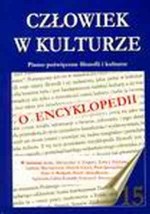 Summary/Abstract: The paper is conceived as a broad review of The Roudedge Encyclopedia of Philosophy (REP). It claims that while the REP covers an impressive range of figures, countries, and topics, this encyclopedia is not founded on a consistent view of what philosophy is and yielded to the pressure of political correctness. In result the reader finds two types of entries: those - very useful and informative - written with a logico-methodological rigor, objectivity and problem-centered approach so characteristic for analytical philosophy; and those written in the spirit of political correctness (and maybe even chosen for this reason) full of evaluations and aggressive expressions. The latter - discussing very often contemporary controversial problems such as pornography or family ethics - are obviously biased towards relativism and permissivism. Usually the point of view of philosophers coming from the broadly understood Christian tradition is either ignored or presented in an unfriendly way. Seen under this aspect the REP is a mirror of our epoch. Also both the list of entries and their content reveal something important about „the spirit of time": the crisis in moral and political foundations of culture, and uncertainty as to the function which philosophy is to play in society.