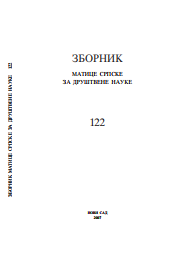 Summary/Abstract: In the developed countries, fiscal decentralization appears as a reflection of the democratic processes strengthening. On the other hand, it represents one of many challenges and the uneasy task to complete when the countries in transition are in question. This process is even more significant in the countries of the former Yugoslavia given the fact that it is taking place concurrently with the process of independent state establishing. It also appears as one of preconditions for joining the European Union. Firstly, this paper describes problems that appear in this sense within the countries in transition, followed with the solutions enforced in three countries of the former Yugoslavia – Serbia, Croatia and Slovenia.