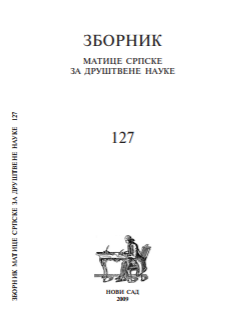 Summary/Abstract: The Nobel Prize for Economics in 2008 was awarded to Paul Krugman, professor at Princeton University. Krugman takes all the merit for completion of 'the new' theory of international trade and 'the new' economic geography. In relation to traditional theories, both new theories introduce increasing returns to scale and products differentiation. It is exactly thanks to such data that valid explanations of contemporary trade flows and locations of economic activities could be given. Last, but not the least, and again thanks to completion of these theories, the basis for managing concrete trade politics is made on the one hand, and the politics of optimal dispersion of manufacturing factors, on the other.