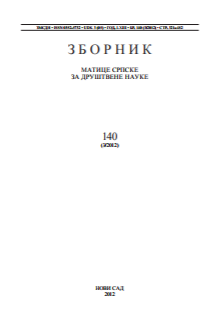 Summary/Abstract: For the third year in a row the U.S. administration has been putting repeated pressure, much more intense than before, on the Chinese government to significantly revaluate yuan. Undervaluated yuan, as it is pointed out, is the biggest culprit for large U.S. trade deficits, as well as global imbalances. This paper presents the expected effects of a stronger yuan appreciation, but also gives counter-arguments which speak in favor of a gradual change of its parity. Finally, it is concluded that the yuan exchange rate is only one of the parameters to be changed so establishing a more balanced relationship between the U.S. and China requires changes in macroeconomic fundamentals on both sides.