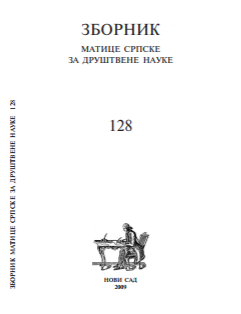 Summary/Abstract: The unity, autonomy and autoreferentiality of the representational model upon which the uniqueness of the communicational concept of postmodern mass-media rests, as well as interactivity within the framework of which, assisted by the fictional Other, the modus subsistendi of a spectator is being constituted, represents the main subject of the critical discourse of the following essay. The thesis which is here proposed is that it is possible to identify and scrutinize a fundamental difference between the generative core of meaning and the effects which the reality show The Big Brother produces within the Euro-American cultural circle on the one hand and within the cultural context of the societies involved in a process of assimilation of axiological paradigms originating from that circle on the other hand. The secularization of the techniques of confession which manifest themselves in a number of aspects of this programme transforms itself in these societies into a self-induced adoption of traditionalist mechanisms of control and their perpetuating in a form of illusory permissivness and anti-dogmatic social praxis.