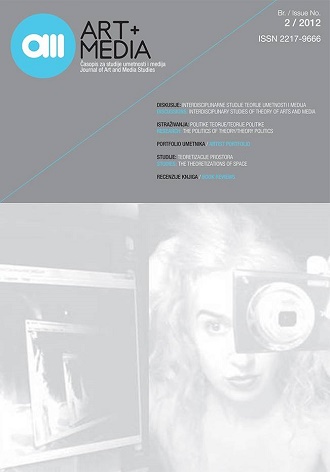 Summary/Abstract: During the course of its historical-intellectual shaping, the style, gradually but obviously and positively shifting from one framework of onto-logical deliberation – within which it was being constituted on the margin of what Plato determined to be the essence of mind as the essence in mind or, in other words, idea – to another, assuming the form of probable knowledge or the knowledge of things presumed, being the ability of creative imagination which reveals but does not make evident (ars inveniendi), the importance of which is pointed out in man’s practical self-accomplishment as a community-being, which disposes not only of the truth of apodictic reasoning but also of convictions and truisms (loci communes) which, transposed into the canons of rhetoric, represent since Hellenism and the period of Roman domination (Cicero, Seneca, etc.) not only a stronghold of variability and expressive abundance of dialectical argumentation but also a generic basis which gives to understand originality and irreducibility to normativity (Quintillian) as motivators of the overall progress of civilization. Having considered that, and also reaching anew for the sources of antiquity, the uomini universali from the period of European history which we traditionally name the Renaissance assuming to their spiritual sensibility founded upon the religious experience of Christian subjectivity the heritage of logical and axiological structure of hellenico-roman pattern of thinking, form a notion or at least an idea of style which is then, probably for the first time, beginning to be brought in relation to literature and pictorial art as their differentia specifica, in opposition to philosophy, theology and jurisprudence. Until the end of the eighteenth century however, the style remains more or less firmly attached to purely contemplative aesthetic deliberations which tend to draw from the inexhaustible wealth of concretizations of style in the artistic creation examples to illustrate their proposed theses. The consideration of style outside aesthetics as a philosophical discipline emerges about the mid-nineteenth century and especially at the end of the nineteenth and the beginning of the twentieth centuries when, in the works of theorists such as Heinrich Wölfflin and Max Dvořák, the style assumes its role of analytical and critical category on the one hand, and the frameworks in which art acquires its own worth and importance on the other.