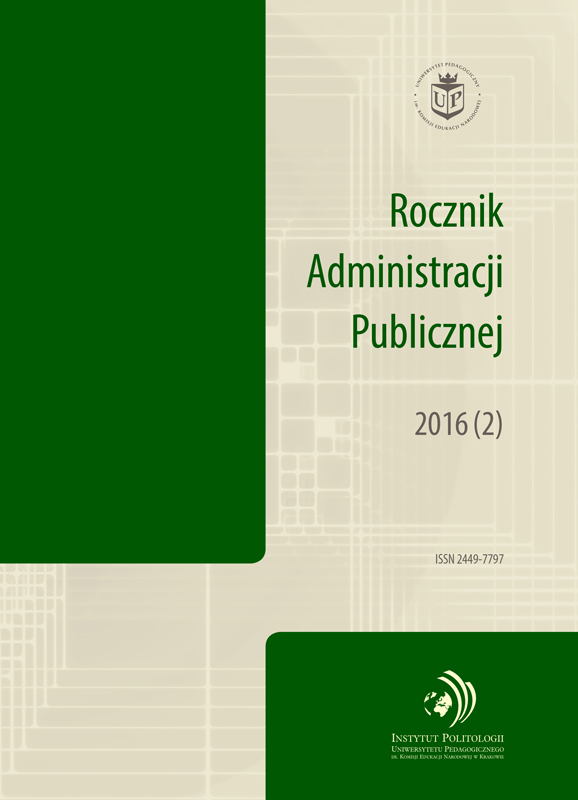 Summary/Abstract: The aim of this article is to analyse the Europeanisation of Polish administration and law, politics, economy, culture and society. The process of Europeanisation has been in progress since the 1990s. Poland’s EU membership affects the structure of administrative bodies as well as the scope of their powers and the ways in which these powers are exercised with regard to foreigners and foreign entities. The EU has influenced Polish administration in many ways. One can differentiate between two stages of European- isation: before and after Poland’s EU accession, each characterised by different condi- tions. In the course of time, this process, on the whole, has been undergoing numerous changes but its importance has never decreased. The spectacular transformation of the political system prior to EU accession was followed by further changes, less visible but equally profound and remarkable, after EU accession. Obviously, most modifications related to the Europeanisation of administration and the system of governance are similar, if not the same, in all EU member states as well as the states associated with the EU. This is so because one of the fundamental principles of the EU is uniformity in the application of its law. However, this uniformity can be ensured in various ways. This is expressed and guaranteed by the principle of procedural autonomy of the Member States. Under this principle, they may adopt different legal procedures and systems, inter alia with regard to their public administration and territorial structure, as long as they ensure that EU law is applied effectively.