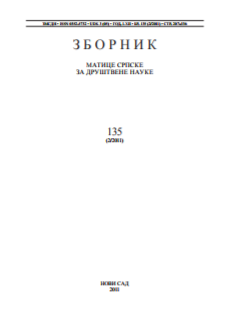 Summary/Abstract: Apart from previous partial codifications and system-laws, the first civil code in Hungary was promulgated in 1959. After the beginning of transition in 1989, despite the great number of amendments to the existing Civil code, to issue of recodification of civil law in Hungary became inevitable. This process began in 1998 when the Government appointed a committee with most renowned Hungarian legal scholars as members, which had the task to prepare a draft version of a new civil code. The committee has worked devotedly on the text of the draft for nearly a decade. In 2003 it published the so-called Concept and Syllabus of the new civil code in order to enable the public to get knowledge of the planned subject matter of the draft and, what is even more important, enable it to contribute to the quality of the draft by expressing critical remarks and suggestions. The committee, having taken into account the opinion of the public, continued its work on the draft and published the first full text of the draft in 2006. 2007 marked a turning point in the codification procedure when, to general astonishment, the Ministry of Justice took over the task of drafting a civil code, by which the drafting committee’s mandate on the preparation of the new civil code ceased to exist, before it even could have had a chance to process the remarks the public had had on the 2006 draft. The Ministry published its first version of the draft in 2007, and a second one in 2008. In the same year, the committee, whose mandate has ceased to exist in 2007, published its, by then unofficial, version of the draft in order to make the achievements of its nearly decade-long work available to public in authentic form. The Ministry’s second draft was adopted in 2008 by the Government and submitted to the Parliament as a bill to be enacted. The Parliament, after it had been in legislative procedure for a year or so, finally adopted the new Civil code of Hungary, though with a very slim majority. However, the President, using his constitutional powers, denied promulgating it, just as the subsequently enacted Law on the Implementation and Entering into Force of the new Civil Code. The President, who is, by the way, one of the most prominent civil law scholars in Hungary, expressed his deepest doubts in respect of the enactment of the new Civil code, both in terms of its substantial flaws and the manner in which the legislative draft and bill have been prepared. Using his right to suspensive veto he could not bring to naught the new Civil code, but he succeeded in postponing its promulgation and entry into force. The aim of this paper is to block in the tempestuous, decade-long work on the text of the new Civil code and its content in short, with special regard to the reasons for which the President denied to promulgate it.