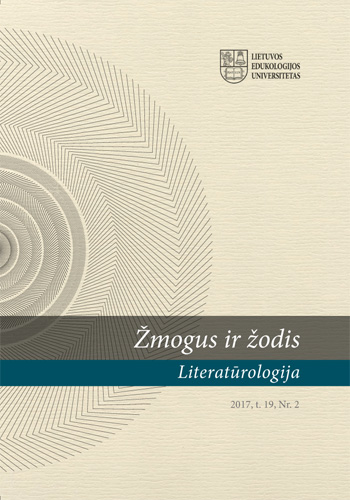 Summary/Abstract: The position of Maironis (born Jonas Mačiulis, 1862-1932) as the main classic author of Lithuanian literature in the interwar school curriculum emerged only at the end of the 1930s. One of the reasons for such a relatively late canonization in schools was the fact that the first histories of Lithuanian literature published before the restoration of Lithuanian statehood did not mention Maironis’ works. Starting in the mid-1930s, Maironis’s works, a collection of poems, Pavasario balsai (Voices of Spring), and a poem, Jaunoji Lietuva (Young Lithuania), were made mandatory in the curriculum of Lithuanian schools. After 1936, a poem Raseinių Magdė (Magdė from Raseiniai) was added to the list. The canonical status of Voices of Spring in the curriculum does not raise questions, since even before World War I Maironis has been recognized by critics as the most prominent poet of his generation. Meanwhile, his poems received a different welcome. It seems that Young Lithuania was added to the curriculum because of its historic role in reviving Lithuanian national awareness, while Magdė from Raseiniai was included in the list of mandatory works in pursuance of the reform of education which goal was to expand the number of literary works from the era of national revival and to strengthen nationality and patriotism in the school.